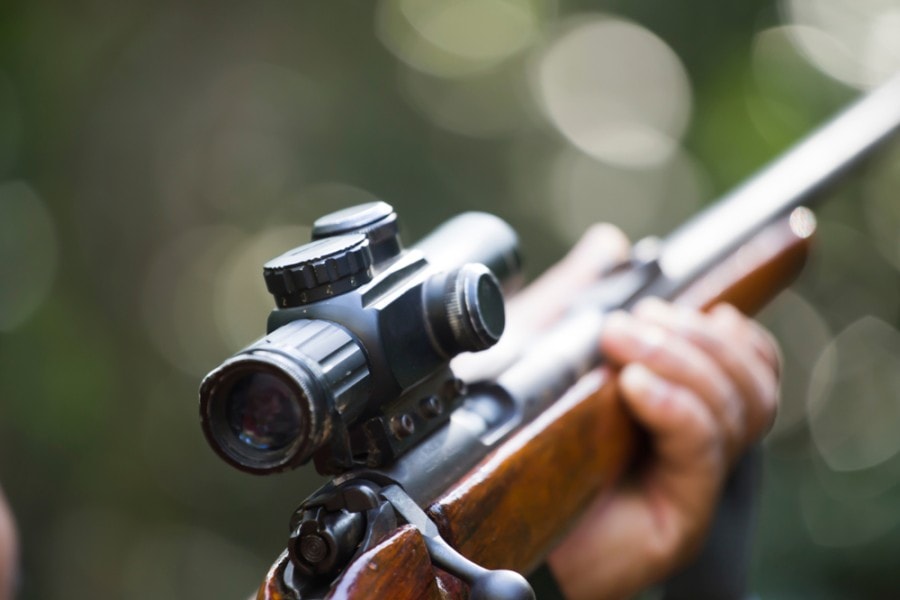 There are so many parts on a rifle that can be customized, and many shooters swap out parts left and right, creating a gun that’s as unique as they are. But few upgrades to your rifle will have as drastic of an effect on your shooting as a scope. If you’re not shooting with a scope on your rifle now, then you’re not shooting at your full potential.

A scope magnifies your target through glass optics. But it does more than just that. It also gives you an aiming point inside to help you determine exactly where your bullet is going.

Scopes come in various sizes with magnification levels that span from 0 to 40X and above. But you wouldn’t want to slap just any scope on your gun and head out to shoot. A 40X scope would be a massive hindrance while hunting, so it’s important to match your scope to the type of shooting you plan to do. Let’s look at the 10 different types of rifle scopes and clarify what separates each type.

Fixed scopes are one of the most basic types of rifle scopes. While many scopes have adjustable magnification that lets you enlarge your target inside the scope, a fixed scope has a fixed magnification level. What you see is what you get. With a fixed scope, you can’t zoom in or zoom out to get a better view of your target. But they also tend to be less expensive for this reason as well.

If a fixed scope has a fixed magnification level, then naturally, a variable scope lets you adjust the magnification level to suit the situation. These scopes will have a series of numbers in the name. For instance, 5-20X56. The last number, 56, only represents the size of the objective lens. In this case, it’s 56 millimeters. The first two numbers, 5-20X, represent the magnification. In this example, the scope magnifies from 5X to 20X. 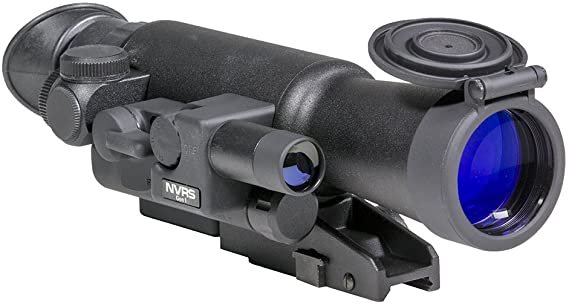 If you do a lot of night hunting or often find yourself shooting in low-light conditions, then you may consider a night vision scope. This type of scope has an infrared illuminator built-in, allowing you to see when there’s almost no light.

Though almost every piece of gear can be labeled “tactical” these days, a tactical scope is a specific type of scope that’s purpose-built for a specific type of shooting. These scopes are meant to extend the standard engagement range for infantry troops, making it a perfect scope for the military.

Tactical scopes tend to have lower magnification levels since they aren’t meant for long-range shooting. They’re often as low as 4X magnification with simple reticles that make it easy to quickly acquire targets at a close to medium range. 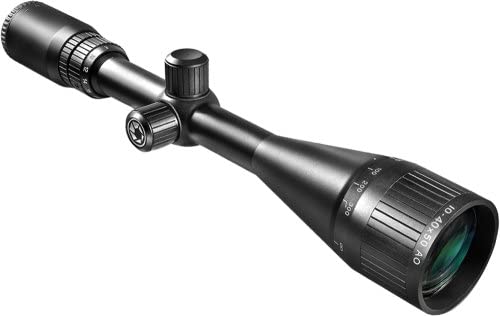 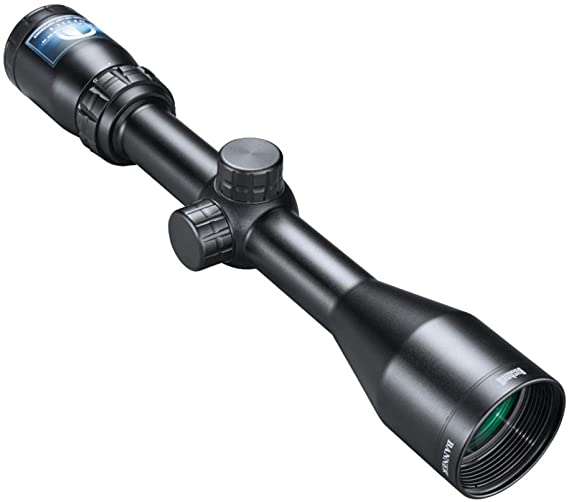 Hunting scopes tend to be less complicated than many other types of rifle scopes. They’re made to be very robust and weather-resistant since they’ll be spending most of their lives out in the elements.

Hunting isn’t generally done at the longest of distances, so hunting scopes are usually 20x magnification or lower. They’re also not usually very adjustable. Most hunters want something simple and easy to use so there are fewer distractions in the moment.

A scope for hunting generally focuses on creating a bright and clear image in any weather with any other features or functions taking a back seat.

The scopes that are built for competition tend to be very high magnification and much less durable. You wouldn’t want to use these scopes for hunting or tactical situations. They’re too big, too fragile, and often don’t have as much light transition.

In competition shooting, you’ll often be shooting at minuscule targets from substantial distances. This is where a high-powered competition scope shines. And with magnifications up to 40X, some of these scopes are truly high-powered. They’re also gigantic compared to other scopes, so be prepared for the extra size and weight it will add to your gun.

You might think that snipers use massive scopes with tons of magnification, similar to competition shooters. But you’d be mistaken. Instead, snipers tend to shoot with moderately-powered scopes with reticles that display a ton of useful information. The military uses a fixed 10x scope for snipers, which is much lower-powered than many would expect.

The mil-dot reticle is common in these types of scopes since it gives the shooter a lot of information about distances, windages, and more. Sniper scopes also have fine adjustment turrets that allow for precise movements in tiny increments because accuracy is everything to a sniper. 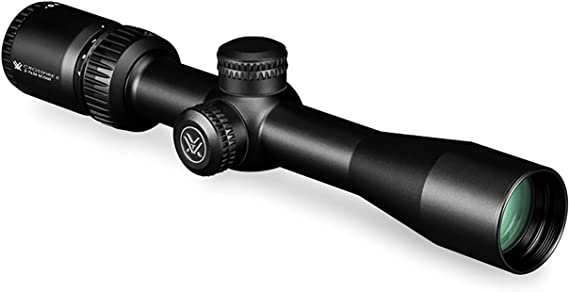 Scout scopes are similar to tactical scopes and are often used by both the military and hunters who find themselves in more dense woods. Deer hunters will often gravitate towards scout scopes.

This type of scope has low magnification, usually between 2X and 8X, with 7X being the most popular. They also tend to be very simple with limited adjustability. Scout scopes may have adjustable turrets, though many do not. 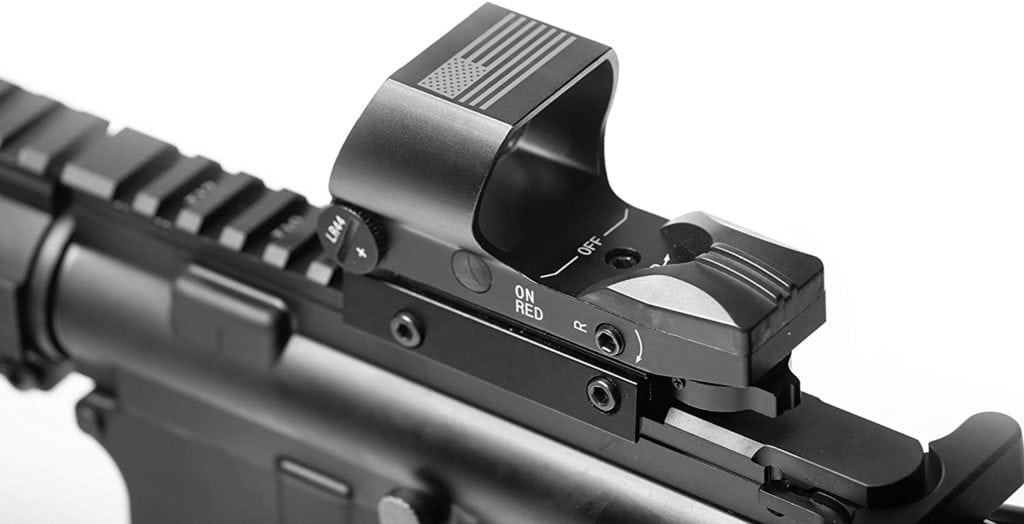 Red dot scopes have little or no magnification usually. When you look through a red dot scope, you’ll see just a single red dot in the center of the optic. This is your aiming point. The red dot does not show up on your target like a laser sight though, it’s only visible inside the scope.

This type of scope is often used in close-quarters shooting and is a favorite among tactical scenario competition shooters because of how quickly it can be used to find your target and make accurate shots.

Obviously, with little or no magnification, this type of scope is not suitable for long-range shooting. It’s best for close-range shooting, though you may still see success at moderate ranges with a red dot scope as well.