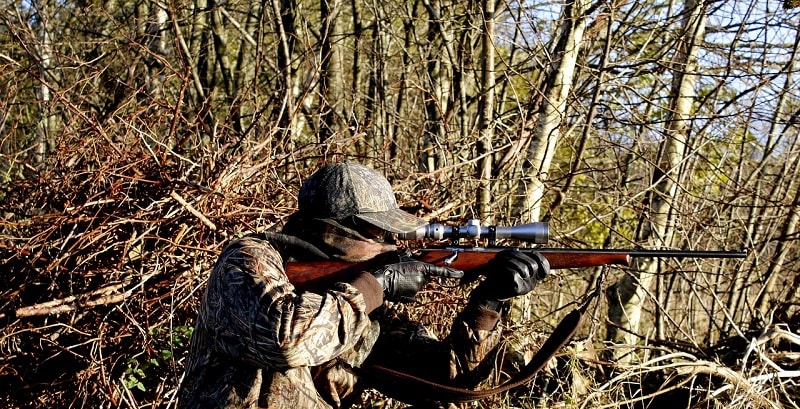 Choosing a rifle scope never used to be that difficult. Back in the day we only had a few brands competing, and the market wasn’t this flooded with generic products. Cheap is expensive, they said. And they were right. You could buy a scope today thinking you just got a great steal, only to be disappointed the moment you mount it on your rifle.

So, what are the things to look for in a quality scope? Glad you asked because we were just getting to it.

Before investing your hard-earned money into a rifle scope, you first have to understand the magnification specifications. We’re not planning to get into the technicalities of it all, so here’s what’s important:

By definition, magnification is a measure of the number of times an image increases in size, in relation to its original object. In other words, you’ll be getting a measurement that’s against what your naked eye is capable of seeing.

Let’s say you have a rifle scope that has a power of 4, represented as 4X. If you try to magnify an object using that scope, the image created will appear 4 times larger than the original object. And if you keep on making adjustments all the way up to 20X, your image will be 20 times bigger. It’s that simple.

There are a couple of things worth noting though. This assumption only works if the user has a 20/20 vision, and if the approach used is universal. By that we mean, somebody who’s in Afghanistan must use a similar naked eye approach, as somebody who lives here in the U.S. If we start using or adding different variables into this equation, we’ll inevitably get different results. 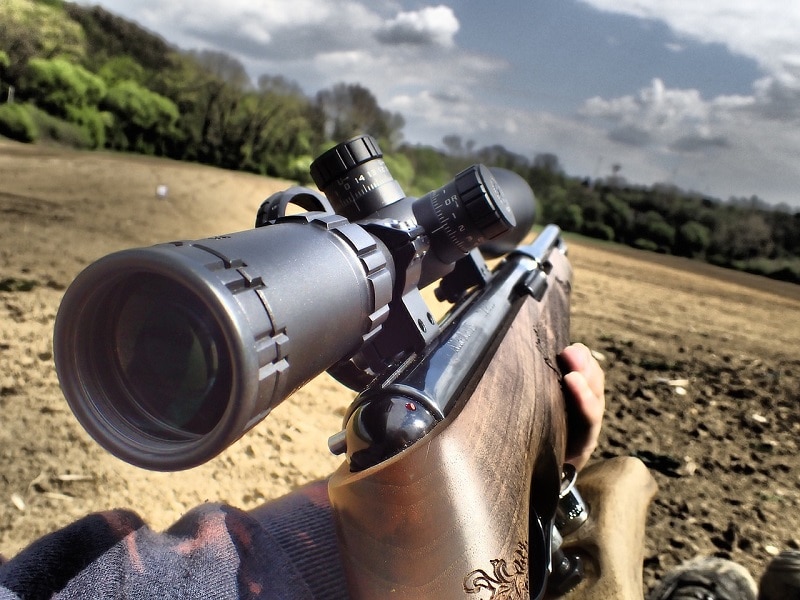 Judging from the name alone, you can surely tell a fixed power scope is a device that comes with non-adjustable magnification settings. This type of optical device might not be so common among millennials, but if you were around in the 1960s or 70s, you know there was no other alternative back then. Long and short-range shooters really loved it because it got the job done and was cost-effective.

The fixed power scope doesn’t require any experience on the part of the individual using it. Operating one is fairly simple because almost all of them have a fixed parallax, and lack an adjustable objective. Just so you know, parallax is also an important feature to consider when choosing a rifle scope.

“Simplistic” is the word that always comes to mind when describing fixed scopes because all you have to do is look through it, and pull the trigger whenever you’re ready. There’s absolutely no adjustment required.

The magnification range on a conventional fixed scope will start at 2.5X and move all the way up to 20X. But most popular models have a magnification of 4X, 6X, or 8X.

The variable rifle scope will allow you to make adjustments on the spot. It often features a magnification range, thereby giving you options to work with should you feel the need to readjust your power settings.

On the rifle’s eyepiece, you’ll see something that resembles a ring. That’s the power adjustment ring. If you want to change your magnification, say from 4X to 8X, all you need to do is rotate that ring. You’ll also realize the eyepiece has numbers engraved on it. Those numbers correlate with the scope’s magnification power.

It’s safe to assume the variable scope is the standard scope in the industry, seeing as very few fixed scopes are still being manufactured. And the most popular model among shooters and hunters has a 3-9X configuration. 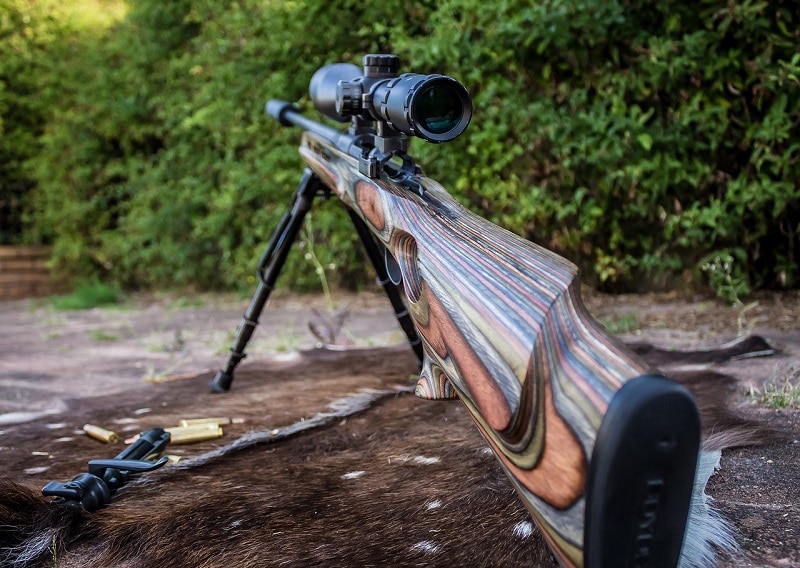 When it all boils down to a rifle scope’s objective lens, you’ll want to focus on its diameter. People are always quick to talk about how size doesn’t matter, but the truth is, when it comes to lenses—especially rifle scope lenses—size is definitely an important factor.

The wider it is, the more the light. And you want enough light to be transmitted to your eye because that’s how you get clear, detailed images.

In theory, this doesn’t sound like a problem. But when you look at the practical aspect of it all, you’ll realize something that’s that large will end up causing too much discomfort and a poor eye alignment.

A lot of the time, bigger also means heavier. And that’s something that you need to take into consideration as well when choosing an optimal diameter. There’s no way you’ll be able to maintain the same rifle scope weight, if its lens’ diameter is ridiculously large. Using adjustable objectives is also not an option because even though the diameter will be small, the added glass will still make that top heavy and awkward.

A 40mm objective lens is quite frankly not a bad one. It will probably weigh around 15 ounces or less, and help you tackle that problem of bulkiness.

There’s no perfect optical system. No matter how hard you try to look, you’ll never find one. That’s because every system loses some of the light that tries to pass through its surface through reflection. The best you can do, is find a system that can minimize the light lost. And one of the ways you can do that, is by looking for a lens that has some sort of coating on it.

Magnesium fluoride coatings have worked wonders in the optical industry. In the 40s, researchers discovered that these coatings significantly reduced light loss during transmission, and thus, increased image brightness and color fidelity. 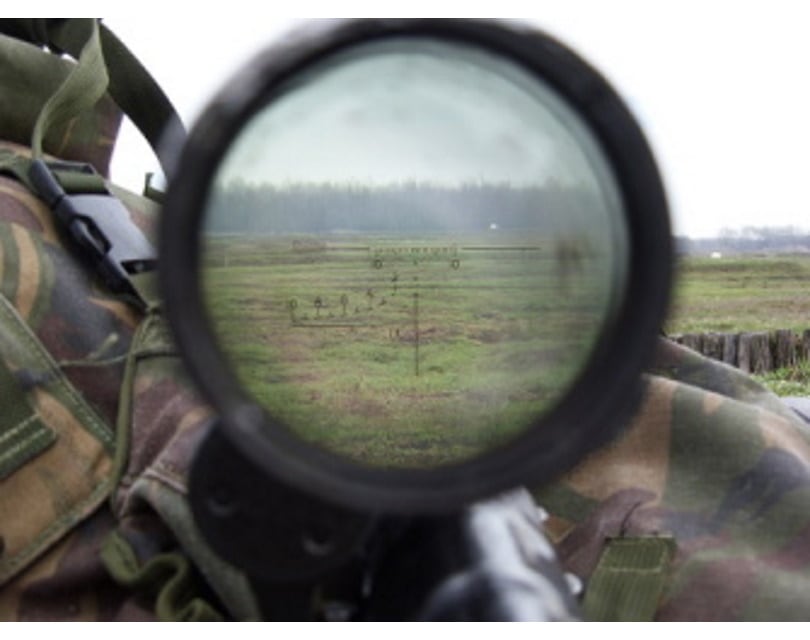 Figuring out whether or not your lens has a coating is easy. Just view it from the side. If it appears tinted, it’s coated with magnesium fluoride, zirconium oxide, or zinc sulfide. The color that you’ll get to see will be gold, green, red, blue, or purple.

Depending on your preference, you can either get yourself a water-shedding lens coating, or an abrasion-resistance lens coating. The former is supposed to take care of water droplets or fog that could obstruct your view, while the latter will protect your scope from scratches. There are also different levels of coating. So, your scope might have a fully-coated or a multi-coated lens.

Whatever you’re capable of seeing from right to left any time you’re viewing a target through your rifle’s scope is what’s called the field of view. Like magnification, it’s also a measurement, and there’s a relationship that exists between the two of them.

The tunneling effect is also something that you’ll want to avoid while choosing a rifle scope. Tunneling effect is exactly what you think it is—you feel as though you’re looking through a tunnel as the scope’s power increases. Getting a clear shot is virtually impossible if you’re using a device with that effect.

What’s the best field of view? First off, the field of view is typically measured in yards. Anything that falls between the ranges of 50 to 150 yards is generally acceptable, but you also have to take into account the fact that users have different preferences.

If the field of view is all you care about, always go for one that’s wider, and has a long eye relief. It will help you improve your aim accuracy. 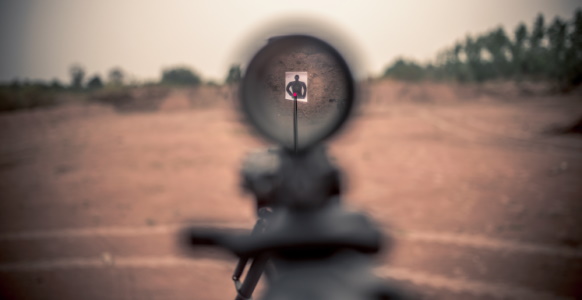 What’s a reticle? Simply put, it’s the aiming point of the FOV. There are three things you need to consider here:

The center feature is important as it determines where the bullet will strike. That center will either be a dot, an open circle, or a cross. An ideal center feature is one that doesn’t obscure vital kill-zones, interfere with the user’s vision, and is visible on low magnification.

Description words such as ‘stadia lines’ or ‘harsh marks’ will always appear on the products package. Unfortunately, if you’ve never used a rifle before, they’ll all sound like gibberish to you. All you need to know is, these lines and dots represent yardage distance, and are the specs that shooters depend on while confirming the trajectory travel. So, learn all you can about them before investing in a scope.

And as for how thick your crosshairs ought to be, that will be contingent on two things: if you’re looking for a hair-splitting accuracy, or if you just want something that’s more visible. It’s easier to focus with a thick crosshair, but your accuracy will be improved with a thin one.

The reticle will either be in the FFP or the SFP. If it’s been placed in the SFP, it will not change its size any time you adjust your magnification power setting. So say decide to increase your magnification from 4X to 8X or 20X. There will be no observable change in your reticle’s size. But the same thing can’t be said with a FFP reticle. Its size automatically changes as the rifle scope’s magnification changes. 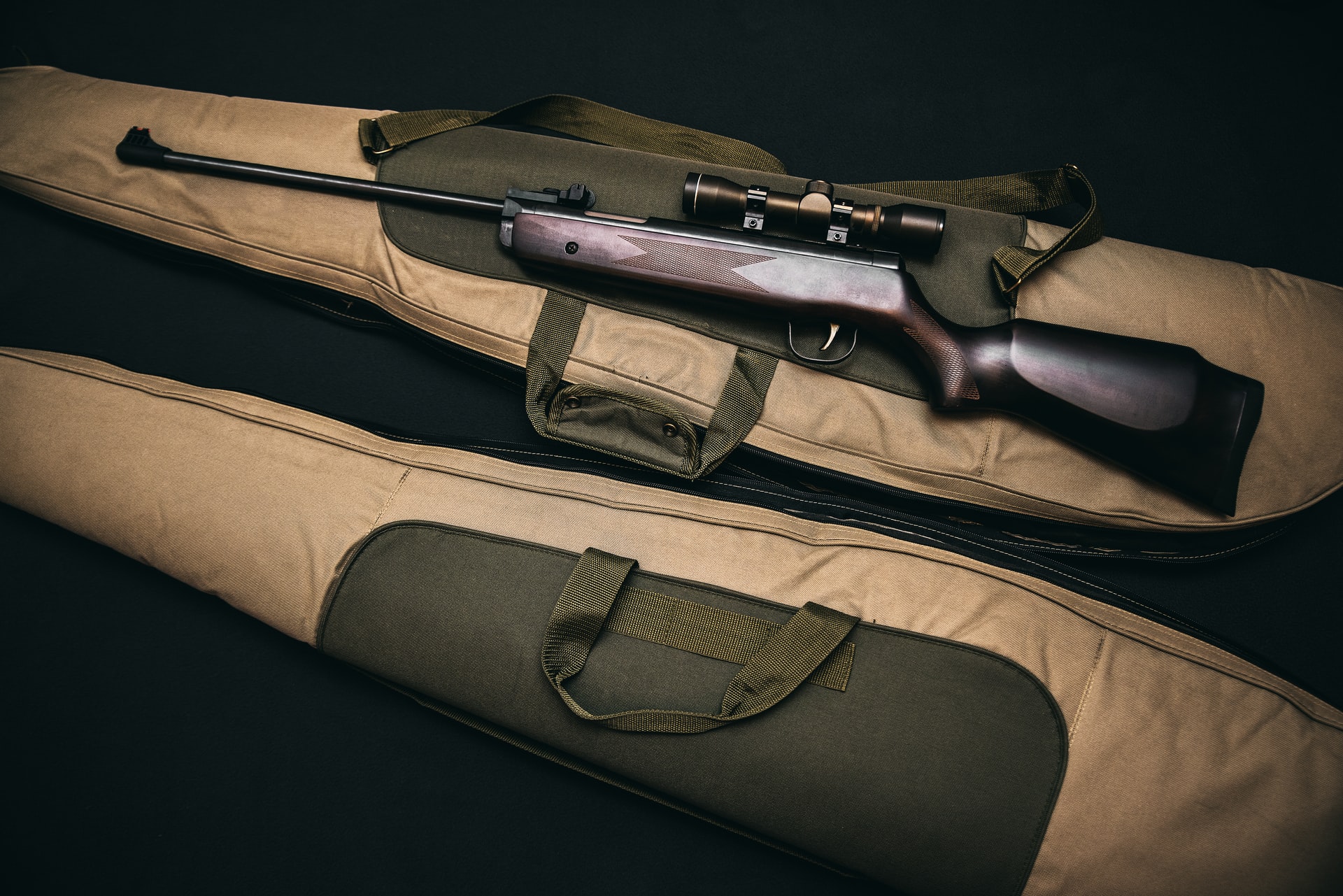 The Minute of Angle, and the Milliradian are both angular measurements. Some people will try to convince you that one is superior to the other, but that’s not true. Both systems will adequately serve your needs regardless of the situation. Work with what makes you feel most comfortable.

Here’s a suggestion though:

If you don’t have the best marksmanship in the game, we would advise you to work with the “1MOA at 100 yards” relationship. In addition to being effective, it’s also a lot easier to understand. But if you’re a long-range shooter, or find yourself in a tactical situation, the mil-based scope will serve you better.

You’ll rarely find the parallax setting on a low budget or low magnification rifle scope. Parallax is something that you experience when the reticle and your target are on separate planes. It’s mostly found on higher magnification scopes because they can easily shift if your reticle is smaller.

How do you detect parallax? Move your head around and see if the reticle is set on the target or moving around. If it’s kind of swimming around, that’s parallax. Use the adjustment knob on the scope to rectify it.

Side Note: A rifle scope’s parallax is not the same as its focus. So do not confuse the two. 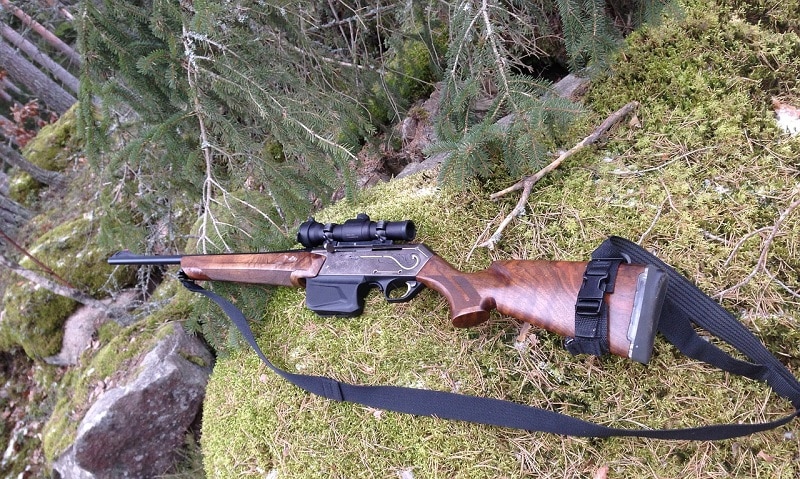 We hope with the help of this guide, you won’t feel like you’re running through a maze while choosing a rifle scope. It’s going to take time to find something that’s tailor-made for you, but don’t despair. We’ve all been there. Just keep looking and before you know it, you’ll also have a story to share.