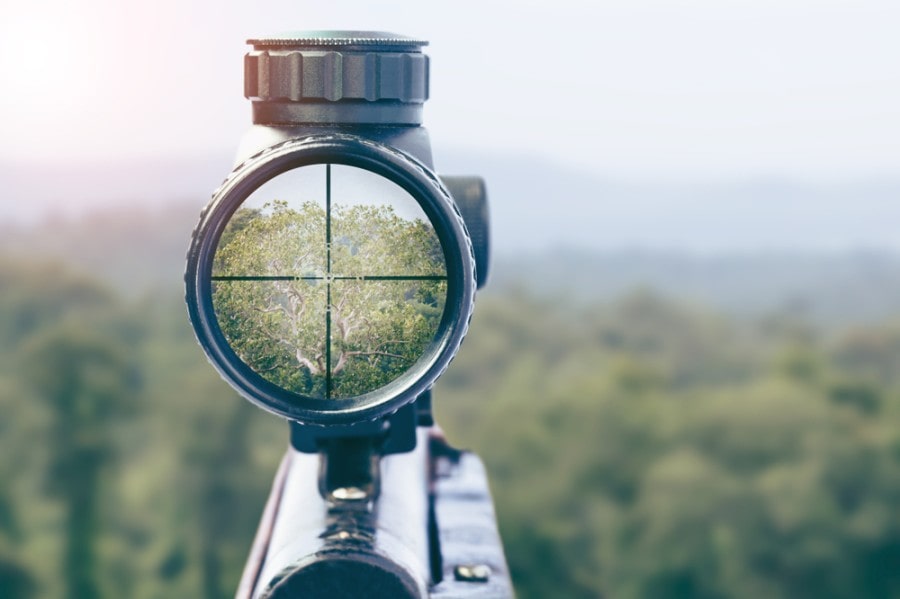 There are many different factors to consider when choosing a new scope. From mounting systems to magnification, it’s a lot to think about. But don’t forget about one of the most important but easily overlooked components of a scope; the reticle.

When you look through your scope, what are you going to see? If you don’t know how to use certain types of reticles, you may have a very difficult time shooting accurately, no matter how good your scope or rifle are. And if you get a scope with reticles that aren’t right for the type of shooting you’re doing, you’re opening yourself up for a world of frustration.

With 11 different types of scope reticles to choose from, there are a lot of options available. Let’s look at each of them and see what they’re all about. 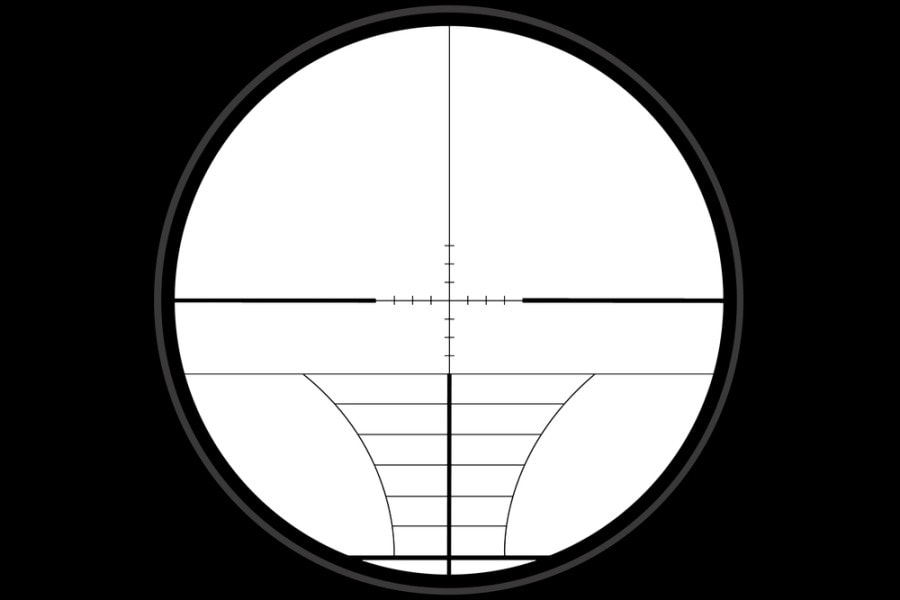 If you’re looking to buy a budget-priced scope, you may encounter some with non-illuminated reticles. These are black in color with no built-in illumination, making them great for daytime use and terrible in any other light conditions. Any type of reticle can be non-illuminated. 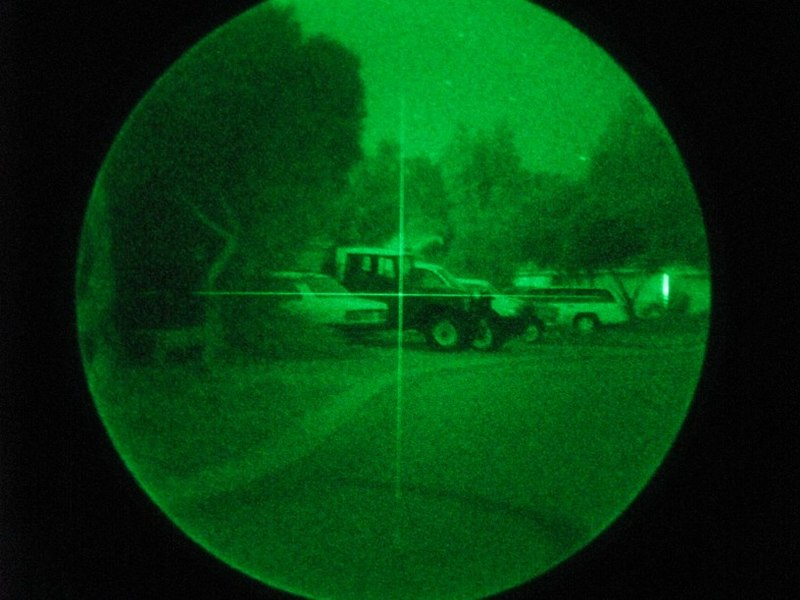 Crosshairs are the basic reticle that most people would think of when discussing a gun. It’s a simple cross where the intersection of the two lines marks your shot. Many of the other types of reticles are based on versions of this simple design. 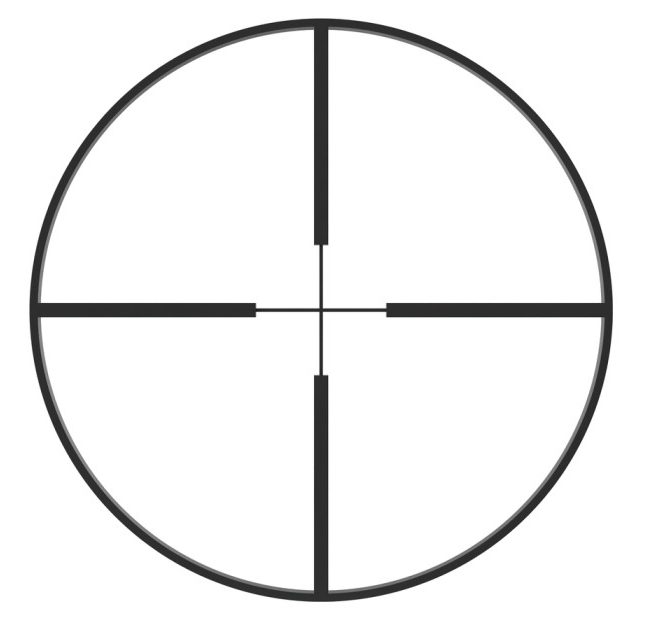 The duplex reticle improves upon the original crosshair design. It has the same cross-shape pattern with thicker lines until close to the center where the lines become very thin again. This draws your eye into the center of the scope for quicker and more natural aiming with better visibility of your actual target. It also makes aiming at a moving target easier. This type of reticle is great for most types of shooting. 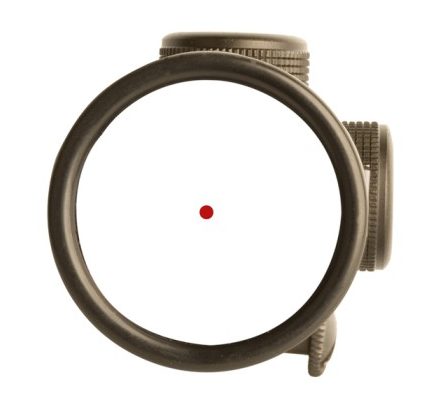 Another very basic and common type of reticle, the dot reticle has a single dot positioned in the center of the optic as your aiming point. It’s generally a bright neon color, red, green, and orange being very popular choices.

Dot reticles are often combined with other reticles, such as the crosshairs. This would have a bright dot in the center with thin crosshairs extending out vertically and horizontally to give you the best traits of both reticle styles. 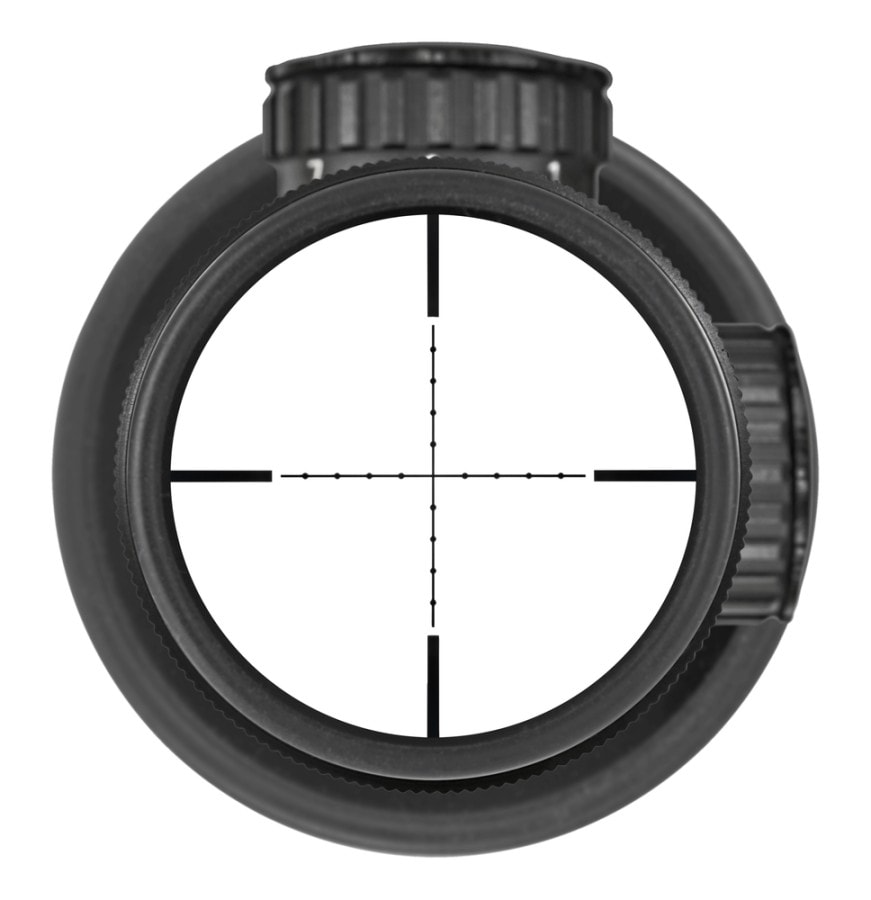 The mil-dot reticle is a variation of the traditional crosshair pattern that’s purpose-built for long-range shooters like hunters, snipers, and competition shooters. It follows the standard cross shape of a crosshair, but instead of lines, it’s made from small dots. The dots are uniformly spaced, generally 1-mil apart.

The uniform spacing of the dots allows experienced shooters to use them for gauging distance. This is crucial in long-distance shooting where you must account for the drop-off of the bullet. A good shooter who knows their equipment can use a mil-dot reticle to make accurate long-distance shots without needing to adjust the scope.

While the mil-dot scope is an incredible tool in experienced hands, it can be a complicated hindrance to other shooters.

The Leupold reticle comes from the manufacturer Leupold. It packs a whole lot of information into your tiny scope viewing window. It’s a variation of the duplex reticle with a crosshair viewing pattern that has thicker lines on the ends. But Leupold adds a lot more to their reticle

Underneath the main crosshairs are a series of different dots that fan out to either side as they stretch towards the bottom. These dots are intended to help you determine distances. There are also numbers and cross-marks on both the vertical and horizontal lines to give you even more information about your distancing.

For an inexperienced shooter, it can be a whole lot of distracting information and more than you need. But in the right hands, it’s a lot of useful data that can lead to more accurate shooting.

Common in tactical, military, and hunting/tactical hybrid scopes, the Christmas tree reticle lets you compensate for wind drift when shooting long distances. It has a duplex or crosshair pattern with multiple horizontal lines underneath the main horizontal marking of the crosshair. These smaller lines each get wider as they reach towards the bottom of the reticle, giving it the Christmas tree appearance. These lines are what allow you to make compensations for wind drift. 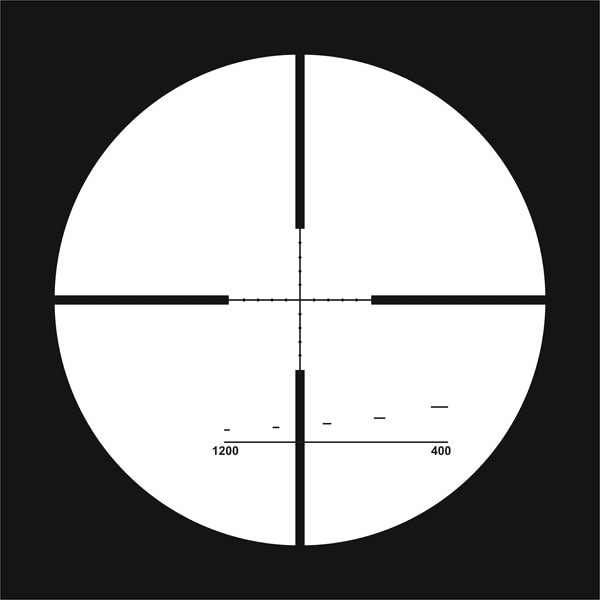 BDC reticles are great for long-distance shooters since the BDC stands for bullet drop compensation. These reticles have several smaller markings beneath your main aiming point that represent true aiming points for known distances. This means you’ll need to be certain how far you are from your target. But if you are, you can be sure that your scope is giving you the right aiming point to hit that target.

This type of reticle is a variation of the crosshair or duplex type reticles. The markings that represent your aiming points can be dots, hash marks, circles, or lines. Sometimes, the BDC reticles are combined with the Christmas tree style reticle which allows you to compensate for wind drift while getting true aiming points for multiple known distances. It may be a complicated optic to look through, but if you know what you’re looking at, it can be deadly-accurate. 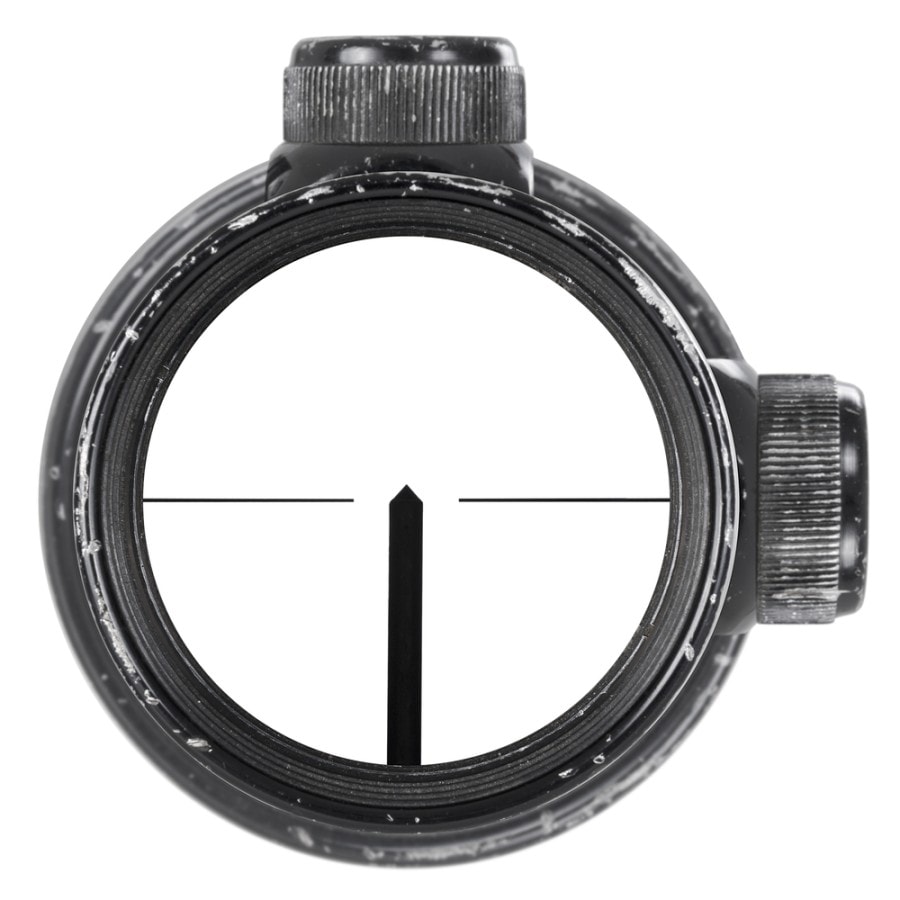 There are many types of German # reticles, the most common being German #1 reticle and German #4 reticle. These are specific variations of crosshair or duplex type reticles. The German #1 reticle has a line coming up from the bottom that comes to a sharp point at the center of the optic. There is no vertical line above the center, but two horizontal lines extend from the center to the ends of the optic, making a pattern very similar to a crosshair with no top line. 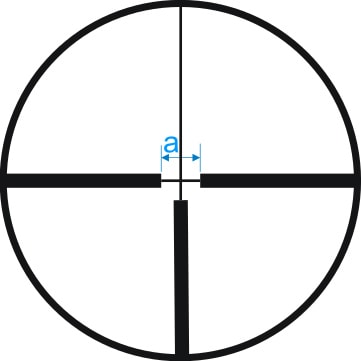