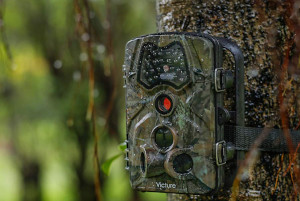 Trail cameras used to be priced so high that only the most serious wildlife enthusiasts could buy them, but technology has brought prices down to fit just about everyone’s budget. While you can still spend a lot to get something really fancy, a lower-priced camera is ideal if there’s a good chance it’ll get broken during use.

We looked at some of these more affordable cameras and wrote reviews to help you figure out which one is best for you. We also included a short buyer’s guide in case you’re looking for more tips on how to shop for them. We wish you the best of luck in your new purchase.

A Quick Comparison of our Favorite Picks 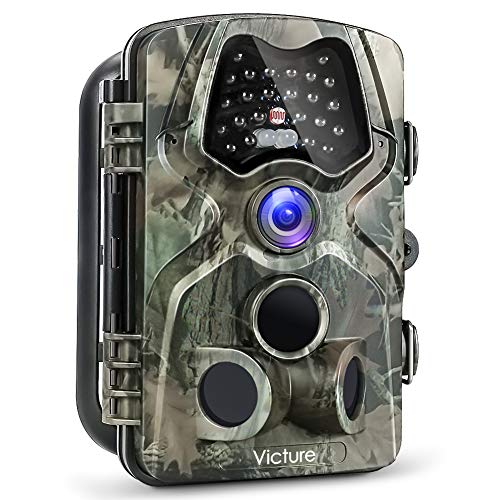 The Victure Trail Camera is our top choice because it takes great pictures at a great price. It gets no more complicated than that. If you want to find out what kind of varmint is wandering around your house, this camera produces images clear enough that not only can you identify the species, but whether it’s a he or a she.

We also like that it’s built to be outdoors. It’s waterproof and takes a long time to use up the batteries you put into it. If you have to wait a few days to get a photo of the animal you’re looking for, this is a great camera to have. It’s also a snap to prepare and mount.

One thing we didn’t like is that it takes a lot of batteries. They might last a long time, but if you use it a lot, the cost will start to add up. 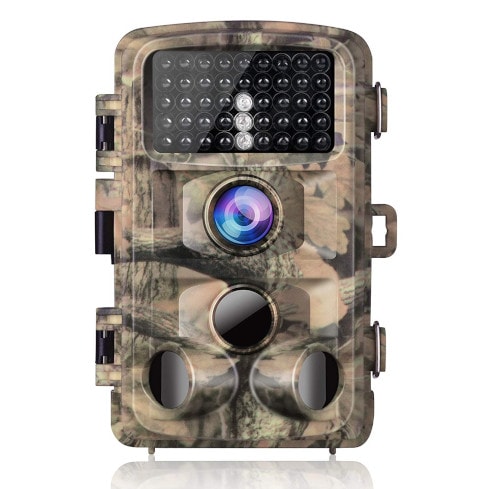 The Campark Trail Game Camera is great at all the things the Victure isn’t. It excels at night. It can detect movement at a long distance. It’s sturdy enough to take whatever punishment the elements dish out. It also snaps photos quickly, in case the animal whose image you’re hoping to capture is a deer bounding through your yard or a hawk snatching a vole.

We would be tempted to make it our top pick, but it’s also more expensive than the Victure. For normal daytime pictures, it also shoots at half the megapixels as the Victure, which means the shots are lower resolution. We like it a lot, but for those reasons, we dropped it to the runner-up spot. 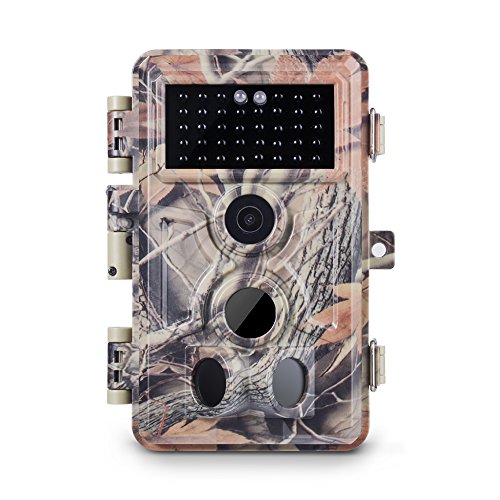 The Meidase Trail Camera delivers a lot of performance for not a lot of dough, which is why it earned our best for the money rank. It’s not the lowest-priced trail camera we looked at, but it does do the best in stretching your dollars.

During the day, it takes clear, crisp images. It delivers both 16MP and 1080P resolution for photos and videos, which is a great resolution for this kind of camera.

But that’s during the day. At night, things are a bit different. The quality isn’t all that great, and it’s worth remembering that a lot of the animals you’ll want to snap pictures of are particularly active at night. 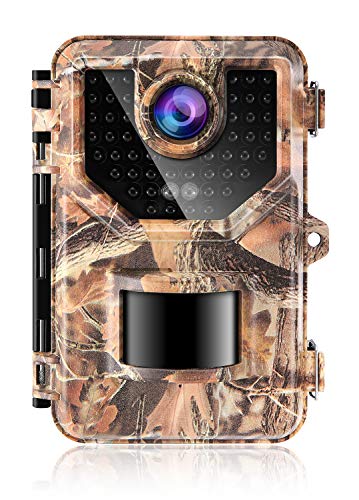 Sometimes there’s a big disparity in quality between the top contenders and everything else. With budget trail cameras, that’s not the case. We really like the Sesern Trail Camera. The problem is that we liked it fourth best, which in a ranking of five makes it look bad.

It’s got a sharp 16MP resolution. The images are good and crisp. It’s also got a nice long detection range, so you can point it across your yard and it’ll know when something is approaching its field of image capture.

What we didn’t like was the price. It’s a little more expensive than the average cost of the trail cameras we looked at, and even if that’s just a few dollars, it’s still a factor. For that price hike, it should do a better job of taking pictures in lowlight environments. 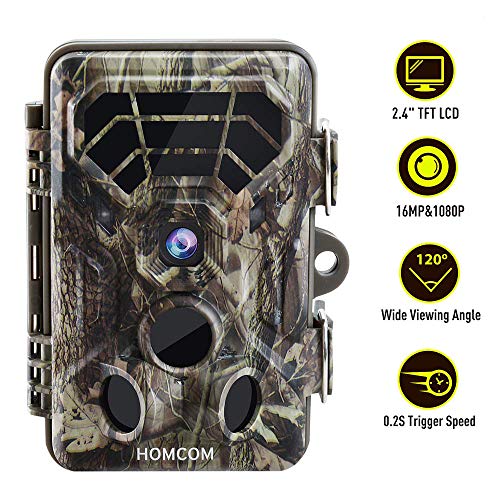 Of the trail cameras we looked at, the HOMCOM was the most affordable. That usually means it has the biggest drop-off in quality, but that’s not entirely the case. We gave this trail camera our fifth ranking not because it’s bad, but because it’s not as good as the competition. It’s a nuanced view that discerning shoppers will appreciate.

We liked the price. If you need a trail camera that might not be there the next morning for whatever reason, it’s a good model to consider. It takes decent photos in both day and night, so it’ll get a basic job done.

In fact, it’s helpful to think of it as disposable. It isn’t built to last in savage weather conditions, so if there’s a bad storm, you might find yourself replacing it. We also felt that the photo quality was just not on par with the competition.

There are always a few tricks for getting the best of anything, and that especially goes for buying on a budget. Knowing what to look for is the best way to stretch your dollars. We put together this guide to help you make the right choice.

You likely have something at least semi-specific in mind when shopping for a trail camera. At a budget of less than $50, your choice is driven by picking the qualities you want versus the ones you can live without.

Here’s a quick rundown of features for primary consideration:

Resolution: This is measured in megapixels; more means sharper. Look for a minimum of 8MP.

Night vision: For capturing nocturnal wildlife, look at how well a camera functions in low light conditions. Most cameras you’ll look at are infrared cameras, which means they operate on a different part of the light spectrum than visible light.

Detection depth: This is how far away a moving object will trigger the camera. It’s measured in feet. If you’re placing the camera to cover a specific point, you can get away with less.

Speed: If you plan to snap photos of animals moving quickly, you’ll want a faster camera. A good range is between .8 and 1.5 seconds.

Because they’re left outside for extended periods of time, trail cameras can take a beating. Weather is the biggest factor, of course, especially if you live somewhere that gets bad storms. There might also be problems with animals, including the two-legged variety. Keep this in mind when deciding which camera to buy.

Buying a trail camera means that at some point you hope to snap a picture you’ll want to share. Consider how you’re going to do that when purchasing it. Some cameras require memory cards. Others can connect to wireless networks so you can look at them almost in real time.

You’ve set out on this journey with a specific price ceiling in mind, but that doesn’t mean you have to spend up to it. If you can find most of what you want in two cameras and one is a few bucks less, go with that one.

We liked the Victure Trail Camera the best because it takes great, clear shots and is built to be outside for days at a time. The Campark Trail Game Camera was great for other reasons, but also more expensive. The Meidase Trail Camera wasn’t the lowest-priced, but we felt it offered the best for-dollar value for what it costs and gave it our Best for the Money rank. We liked the Sesern Trail Camera’s night vision, but the daytime quality was a bit lower than the other ones. We have questions about the durability of the HOMCOM Trail Camera, and that’s just not good for something you’re going to leave outside.

We hope you found value in our reviews and, paired with the buyer’s guide, make a great decision when it comes time to slap money on the barrelhead. We hope the images you catch with your camera are exciting enough to make you happy you bought it.

-> Reviews of game cameras under 150 USD