Spotting Scope vs Binoculars: Which To Choose? 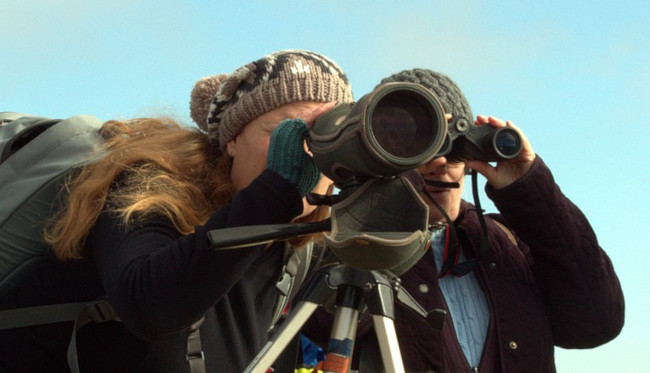 Spotting scopes and binoculars serve similar functions, so it can be hard to figure out which device will be more useful for your needs. The truth is that both tools excel in different areas, so there’s a good chance that one or the other will be the most useful in your specific circumstances. Below, we cover many common scenarios, so you can find the one that best matches your situation and use this guide to help you think through your purchase.

First, however, we’re going to cover the major differences between the two from a broad perspective. The biggest difference between a spotting scope and binoculars is that spotting scopes have a single lens and single eyepiece, while binoculars make use of two lenses and two eyepieces. Spotting scopes tend to be longer than binoculars, as well as being taller, and sometimes wider. Binoculars are going to be more compact in most circumstances and are generally shorter and have less length.

Consequently, if you need very-long distance viewing, you’re typically going to be better served by a spotting scope, whereas binoculars excel up close and into the medium distance.

If you’re a nature watcher

While a lot of people like to get out into nature to watch nature, some people are happy to sit at home and watch animals from their porch, or even through a window in their house. If you’re going to be in a stationary position while using your magnifying device, then there’s a good case to be made for a spotting scope. Putting down a tripod isn’t much of a hassle when you’re sitting in one place, and it can be a benefit, as you won’t have to hold anything yourself. The superior magnification of the spotting scope can also make it easier to make out fine details such as feather or fur.

This works very well if you have a birdbath or feeder in your backyard or something like a salt lick for deer where the animals will stay in nearly the same place for some time. If you’re trying to track something that is moving quickly, you’ll have an easier time with binoculars. Depending on the distance to the animal, there’s a chance that you’ll lose out on some fine detail. While some binoculars are made with high levels of magnification and thus require the use of a tripod, in most circumstances, a spotting scope with the same magnification will cost far less.

If you’re going to be moving around, you have two choices. You can either go with binoculars, which you’ll wear around your neck, or you’ll have to be okay with bringing a tripod and spotting scope with you, as well as find a way to have easy access to those devices. Nature moves quickly, so if you’re hoping to catch a glimpse of something fleeting, binoculars are the better choice, as you can get them in position and focused more quickly. 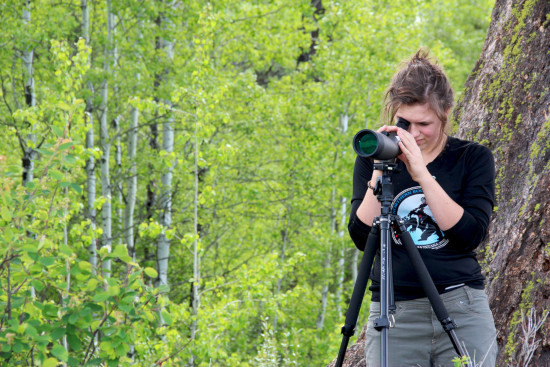 If you’re a hunter

Hunters also face a choice when choosing between a spotting scope and binoculars. If you’re going to be sitting in a stand all day, there’s little reason to not go with a spotting scope. Putting a tripod down is no big deal, and it allows you to see animals that are further away than you would be able to with a pair of binoculars.

Of course, you’ll still need to be cautious when using a spotting scope. Using one may make you feel like you can hit targets from farther away than you’re prepared to do. In that case, you need to make sure that you have an excellent scope on your gun, have practiced with it over great distances, and make sure that you’re in compliance with all laws concerning responsible shooting.

However, if you’re going to be a hunter on the move, you probably don’t want to be carrying the extra weight of a tripod and spotting scope around. Furthermore, it can be hard to find a decently-level spot on which to rest your tripod, and you also have to factor in the extra noise of the tripod against the ground. If you’re trying to quickly scan an area for fast-moving animals, you probably won’t be able to move the spotting scope around fast enough and still maintain a clear image. So, binoculars will be the better option if you’re going to be moving around. 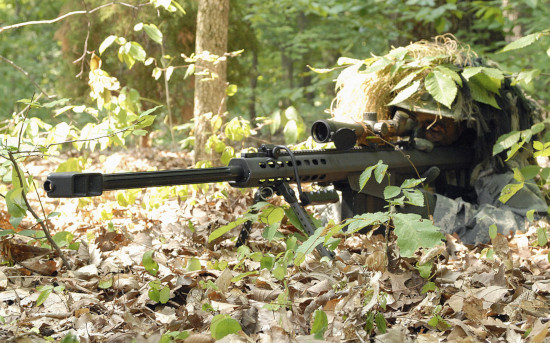 If you’re a hiker

When we think about binoculars, we often conjure up an image of a hiker using them. The reason for that is simple: binoculars are generally the better tool for hikers. Binoculars tend to weigh far less, and you won’t need to bring a case and a tripod like you would with a spotting scope. They can also be worn on a lanyard around your neck so that you can have them ready at a moment’s notice.

Binoculars are also generally built to be stronger. They’ll typically survive a few falls with minimal damage while spotting scopes are more sensitive and are more likely to be severely damaged in a single fall. Since you have your binoculars on a lanyard in most cases, it’s more unlikely that they’ll hit the ground, to begin with.

If you want to get a better look at a faraway animal or natural formation, the binocular takes very little setup time relative to the spotting scope and allows you to keep both your eyes open while you look, which makes for a more natural experience. 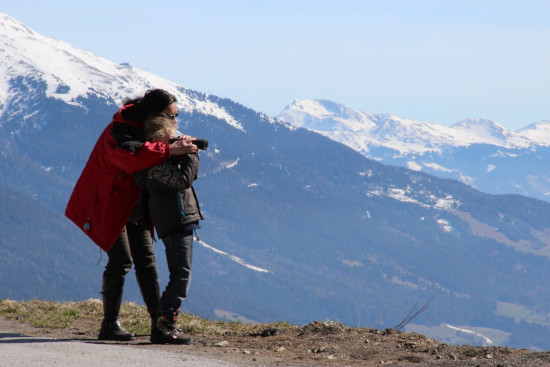 If you’re a target shooter

It’s always good to practice with your weapons, whether for fun or for as a training exercise for hunting. Most target practice takes place from a stationary position, making it a prime candidate for using a spotting scope. Unfortunately, a lot of people still get binoculars, which is a bit of a bummer. At the distances at which you’ll be practicing, you’ll get to the point where you’d need a high-end pair of binoculars to make the bullet holes out clearly. Which means you’d need to use a tripod with them in order to get a stable view.

Something to keep in mind when using either a pair of binoculars or a spotting scope for target practice is that chromatic aberration can be a huge factor leading to dissatisfaction with your tool of choice. Chromatic aberration is a term used to describe the fact that at levels of magnification near the top of their range, most magnification devices start to smear colors. So, you may be able to make out the target just fine, but the target and the bullet holes in it would have fuzzy outlines, making it hard to judge how well it did.

One way to fix this problem is to try and get a higher quality spotting scope or binoculars with the same magnification, but an easier, and potentially cheaper, fix is to upgrade to a model with a greater magnification, as chromatic aberration tends to be at its worst near the extremes of a device’s range. Upgrading to a higher maximum magnification moves the target into a clearer portion of the device’s range. 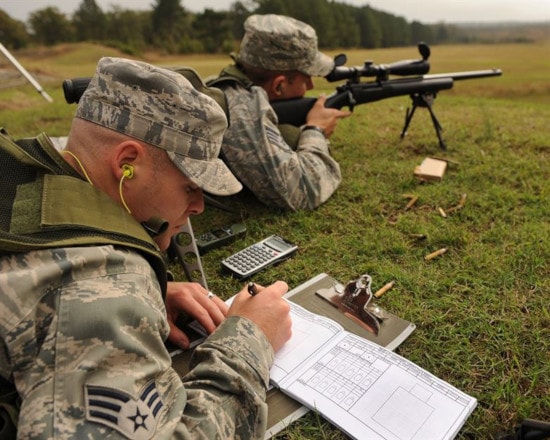 If you’re a terrestrial photographer

Both spotting scopes and binoculars can be relatively-inexpensive alternatives to using a designated zoom lens on a camera. Zoom lenses can be very expensive, and you can often be locked into first-party parts, which raises the cost even more.

Few binoculars have this feature, in part because it doesn’t make a lot of sense to have two lenses when you’re only going to be using one for photography. And, the same rule applies here as it does elsewhere: you can get better magnification for the same price with a spotting scope.

If you’re only an amateur photographer, you can find some models of binoculars and many spotting scope models which come with a smartphone camera adaptor. These allow you to take great zoom photos with only the camera on your smartphone, which is a pretty great deal. 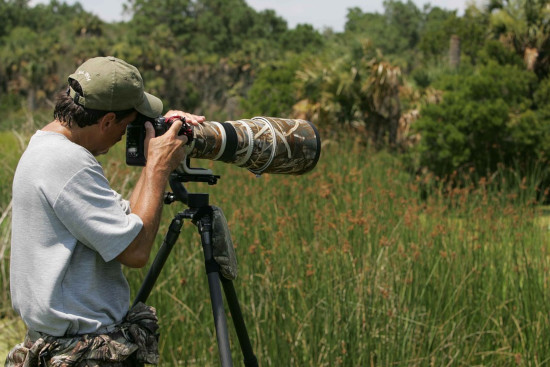 If you’re a celestial photographer

Something to keep in mind is that the atmosphere isn’t your friend in this scenario. It acts like a giant lens, somewhat bending the light, leading to higher levels of chromatic aberration. This makes it imperative that you get a high-quality spotting scope with as little chromatic aberration as possible, as you’re already going to be dealing with the problem to some extent.

You’ll also want to get a model that comes with a high-quality tripod or provide your own. Your scope and camera need to be very still to get great picture quality, and a tripod that shakes in the wind could ruin or degrade your pictures. 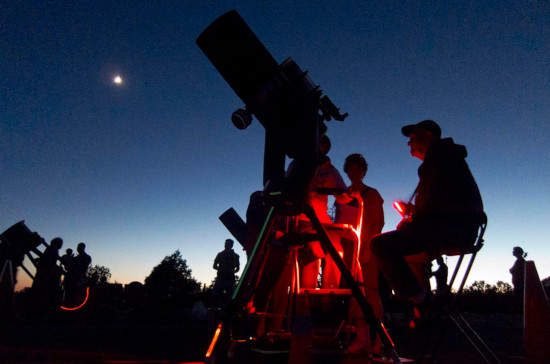 As you may already have gathered, one of the biggest factors in whether you should get a spotting scope or a pair of binoculars is whether you’re going to be moving or not. Binoculars are more portable and lighter. Spotting scopes excel in situations where you can remain in the same spot for long periods of time but need the absolute best magnification you can get on the market.

If that criterion doesn’t determine which model is right for you, consider the amount of magnification you’ll need. Binoculars will generally have a better field of view, letting you examine a larger area at once, but spotting scopes will have better magnification for the price, allowing you to more clearly make out details.

Considering what you want to do with your magnification device will go a long way towards telling you which type of device is right for you. We hope that our guide has cleared up some of the major distinctions between these two types of magnification devices and have led you to the type that will make you the happiest.