The 10 Best Birding Places to Experience Before You Die

The Wide World of Birding

Any birding enthusiast will tell you the world is rife with birds.  But hidden places exist around the globe where only the most serious bird enthusiasts venture.  These gems are home to some of the rarest species, the most incredible experiences, and some of the most beautiful wildlife on the planet.  Here are the 10 best birding locations you need to put on your bucket list today.

Southeastern Arizona is known around the world for its spectacular array of birds.  The Huachuca Mountains are riddled with canyons to explore, including the famous Ramsey Canyon Preserve, home of such rare species as the Slate-throated Red Start and the Flame-colored Tanager.  The Sierra Vista area is also home to the San Pedro Riparian National Conservation Area, a 56,000-acre wildlife refuge where over half of the world’s breeding birds have been spotted.  Then there’s the Willcox Playa, which is great for migratory viewing of waterfowl and sandhill cranes.  You can also visit the Southeastern Arizona Bird Observatory, which is home to 15 species of hummingbirds.  If you’re planning a trip, make sure you have plenty of time to take advantage of the region’s rich diversity of wildlife.

This is also one of those spots that most birding blogs have covered. 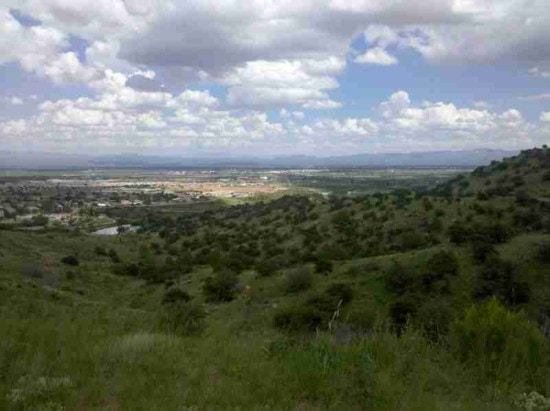 Every year, more than half a million sandhill cranes migrate over the Platte River Valley between February and March.  The area is a mid-migration layover for the birds, where they spend time refueling before continuing their journey.  Countless areas around the valley are set up with blinds for bird-watching, including the Rowe Sanctuary (which does require reservations).  The entire town of Kearney takes part in this spectacle, too, hosting carnivals and festivals during migration time, classes on cranes, tours, and guided photography experiences.   Check out the Kearney website for videos, maps, brochures, and travel tips. 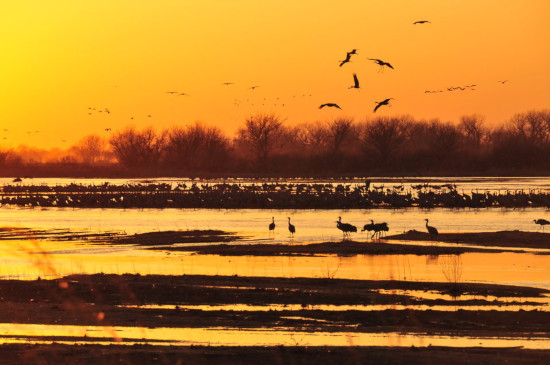 3. Birds of Paradise in the Highlands of Papua New Guinea

From the trails of Varirata National Park outside of Port Moresby to the wild rainforests of Mount Hagen, Papua New Guinea has enough birding adventures to fill your itinerary.  The outlandish and hilarious courtship display of the island’s birds of paradise is enough to attract visitors from all over the world.  The Southern Highlands region of the country is a hotspot for bird of paradise viewing.  It boasts over 13 species, most of which can be seen around the spectacular Ambua Lodge.  There are plenty of other vividly colorful species in the region, as well, including cassowaries, parrots, exotic pigeons, and kingfishers.  The rivers along the country’s western border are also home to over 300 different species of exotic birds.  Plenty of guided jungle and river tours are available for birders, as well as a beautiful cultural experience from the local tribes. 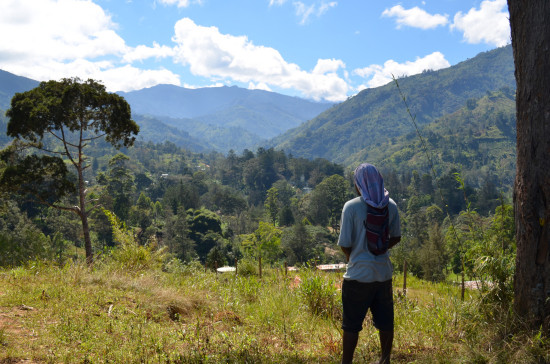 A worldwide hub for research, the area of Roebuck Bay in Australia boasts over 29 different species and tens of thousands of individual shorebirds.  While the area is under strict conservation measures to prevent disturbance to these birds, the Broome Bird Observatory is an excellent place to study and learn more about these beautiful creatures.  The best time to visit is March to late April, when tens of thousands of shorebirds migrate to the bay before their 6-day, non-stop journey to the Yellow Sea in China.  After the migration ends in mid-May, however, the shores are still home to over 20,000 young birds who have not yet reached breeding age.  Visit the Broome Bird Observatory’s website for more information on this spectacular event.

5. The Colorful Rainforests of Mindo, Ecuador

While the area around the small town of Mindo is filled with outdoor adventures, one of the biggest attractions of the area is the impressive array of exotic birds.  Toucans, tanagers, hummingbirds, and quetzals fill the rainforests.  The cock of the rock is popular enough to have its own birdwatching tours, as people gather in the early mornings to witness their ritual mate-attracting songs.  The Santarosa Bird Lodge is an excellent accommodation for birdwatching, toucan feeding, and education about local birds.  The area is also friendly, affordable, and so rich with biodiversity that you’ll find your time is easily filled. 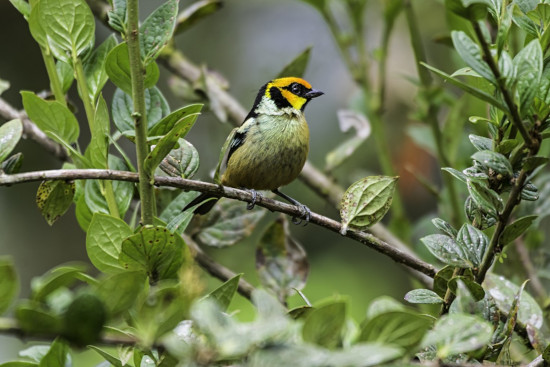 6. The Exotic Paradise of Costa Rica

Over 850 species of birds inhabit beautiful Costa Rica, more than the United States and Canada combined.  A hike in the breathtaking Monteverde Cloud Forest alone can reveal over 400 species of birds, among them the Mayan-revered Resplendent Quetzal, which can only be found in Central America.  If you’re looking for a scientific hub, the La Selva Biological Station is known internationally for its studies in rainforest ecology.  The area provides wooden walkways and paths for bird-searching excursions into the rainforest.  For the best accommodations, the Santa Juana Lodge is a birding hotspot during migration periods.   There’s also the Peace Lodge Hummingbird Garden, a perfect place to get the kids involved in your birding adventures. 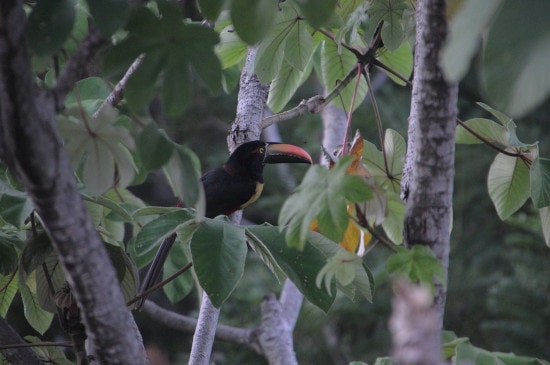 7. The Rich Reserves of Ghana

Ankasa, a natural reserve located in southwest Ghana, receives the most rainfall in the country.  It is also home to nearly 200 bird species, including the near-extinct grey parrot.  Over 30,000 water birds live in the Sakumono Lagoon wetland area, and the canopy bridge over Kakum National Park is the perfect place to spot hornbills and other exotics.  Over 100,000 birds live in Keta Lagoon, which has been internationally recognized for its abundance of water birds.  Mole National Park is certainly worth your time, as well.  The largest reserve in Ghana, it contains over 1,800 square miles of forest and savannah lands and more than 300 bird species.  For the richness of ecology and wildlife alone, Ghana is a must for your bucket list. 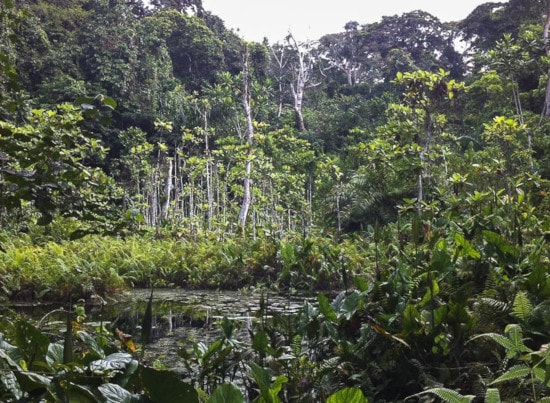 8. The Million Penguins of the Falkland Islands

The Falkland Islands, off the southeast coast of Argentina, are a wildlife mecca.  Any birding enthusiast will find themselves overcome with the number of birds residing there.  Black-browed albatrosses, giant petrels, rock cormorants, and over 200 more species are prevalent, but none are more popular than the more than one million penguins that inhabit the island.  The Falklands hold the world’s largest population of Gentoo penguins, but they share the land with waddles of Magellanic, Rockhopper, King, and Macaroni penguins as well.  Prime viewing locations include Gypsy Cove near the island’s capital, Pebble Island, Sea Lion Island, and Volunteer Point.  For more diverse bird viewing, Weddell Island contains over 50 different bird species. 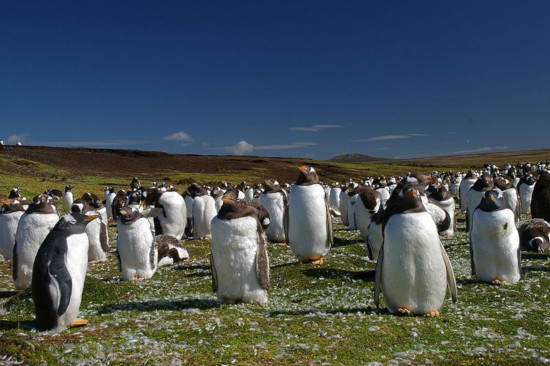 More than 250 species of native birds live in New Zealand, including some that don’t exist anywhere else in the world.  Bellbirds, tuis, wekas, and keas can be found hiding in the forests, and plenty of water birds nest in coastal areas.  The Miranda Seabird Coast is well known for its vast stretches of tidal flats, through which millions of migratory birds journey.  Many other reserves are scattered throughout the country, as well, though most require guided tours.  One of these is the spectacular Stewart Island, known for its nighttime kiwi-finding excursions.  These endangered and elusive birds are nocturnal, which makes spotting them a challenge.  The good news is, if you can’t spot one in the wild, you can head to the city of Wellington’s popular Zealandia kiwi sanctuary.  They host night tours, as well, to ensure you can see one of these rare creatures, which have become a revered symbol for the country of New Zealand. 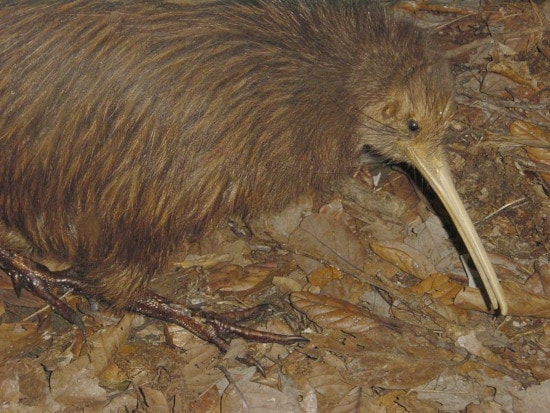 10. The Rebirth of Condors in the Grand Canyon

With an impressive average wingspan of 9 ½ feet, the California condor is one of the rarest birds in the world.  In 1982, only 22 condors existed on earth.  Thanks to a vigorous rehabilitation program in the Grand Canyon, however, these birds are now thriving and breeding again in the wild.  Seeing these birds soar across the breathtaking landscape of the Grand Canyon is a rare treat worthy of any bird lover’s bucket list.  The South Rim is your best bet for spotting one of these great birds, especially around Yavapai and Yaki points, as well as the Lookout Studio near the Bright Angel trailhead.  Be sure to bring binoculars, as they may be roosting against ridges where they’re hard to spot. 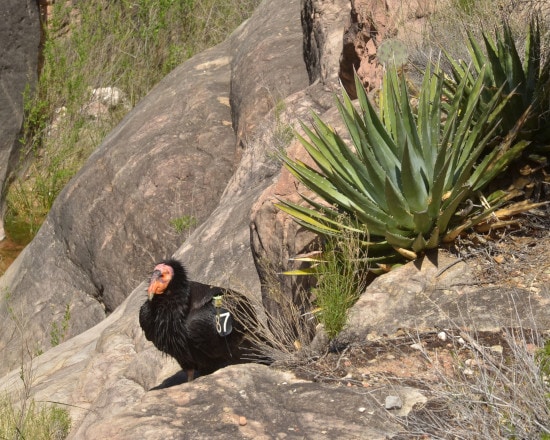 As any birder knows, the world is ripe for exploring, and every country boasts its own amazing array of birds.  If you can’t travel the world to see these amazing sights, start in your backyard.  Chances are, incredible birding experiences are lurking only a short distance from where you live.  Just remember, every bird population across the planet is beautifully unique and waiting for you to discover them.

–> Bird Watching For Beginners: 11 Tips to Get Started

–> Spotting Scope vs Binoculars: Which To Choose?

–> What is OSNA? (Ornithological Societies of North America)