How Much Does a Good Telescope Cost in 2021? 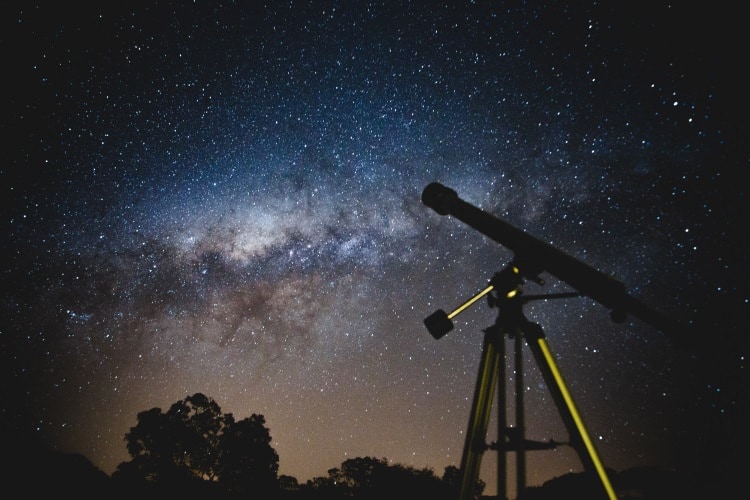 Since their popularization by Galileo in the early 1600s, telescopes have been a constant object of fascination for people around the world. Now, thanks to technological advancements and more efficient manufacturing processes, buying a telescope for at-home use doesn’t have to break the bank.

Just how much does a good telescope cost? The short answer is it depends on what you expect out of your telescope – and what sort of activity you intend to use it for. In this guide to finding a telescope that’s well within your budget, we’ll take a closer look at everything from a simple refracting telescope under $200, to a complex catadioptric telescope with a $500+ price tag.

To find a good telescope at the best price possible, it helps to know what a bad telescope is so you can avoid purchasing one. The best news? There are genuinely excellent telescopes available at any price range, from the 8th-grade science fair budget to semi-pro astronomy budgets.

Poor-quality telescopes can appear nearly identical to higher-quality scopes on a surface level, but a small amount of research will clue you into their flaws. Instead of searching for the most high-powered telescope, it’s important to find one that offers the best image clarity with durable construction and a stable mount. Poorly made scopes will shift and jostle while you’re using them, producing blurry or grainy images.

Instead, look for the following attributes that all good telescopes share: 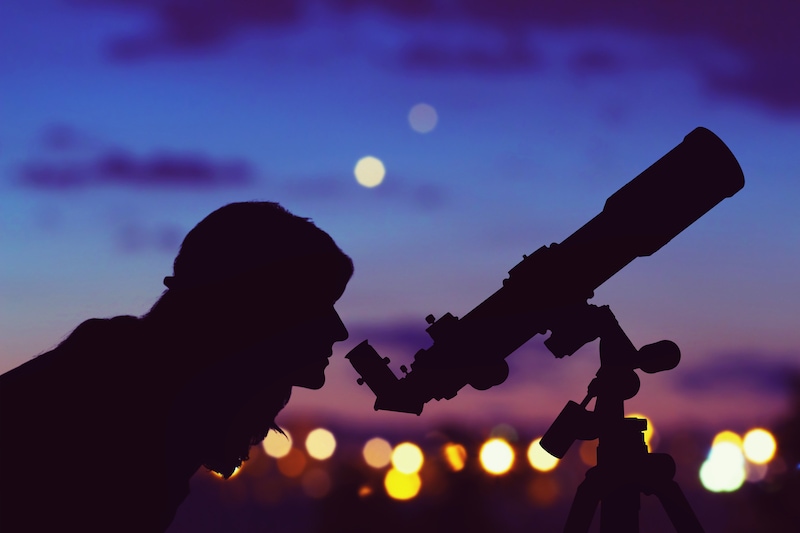 Telescopes designed for at-home use come in three main styles: 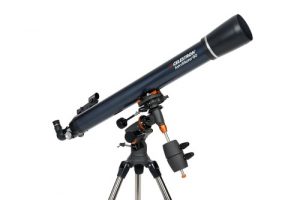 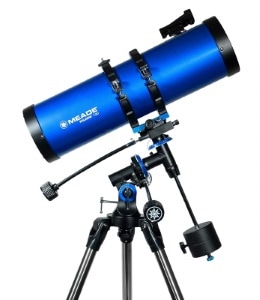 RELATED READING: Reflector vs Refractor Telescopes: Which One to Choose? 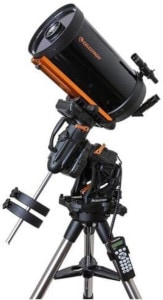 RELATED READING: Our reviews of the best Schmidt-Cassegrain telescopes in 2020

For a complete beginner or a child with an interest in astronomy, a simple refracting telescope will provide plenty of opportunities for stargazing. The Gskyer Refracting Telescope offers a user-friendly introduction to telescopes, with a 70mm aperture and two replaceable eyepieces as well as a fairly sturdy aluminum tripod.

At right around $200, the Gskyer is a safe investment that’s backed with a lifetime maintenance guarantee that makes it great for first-timers.

Taking a step up from telescopes for complete beginners, you’ll be able to afford a reflector-style telescope with a much more robust and stable base. Celestron’s AstroMaster 130EQ comes in at around $300 and boasts an impressive 130mm aperture and two eyepieces.

The equatorial mount tripod features slow-motion controls and much heavier construction than beginner models, allowing for precise observation and plotting of stars.

Move into the higher end of the price range for consumer telescopes, and you’ll be able to afford a catadioptric telescope with computerized controls for precise celestial navigation. Celestron’s NexStar 127SLT fits the bill perfectly without completely draining your wallet, costing just over $500 and allowing for incredible viewing opportunities.

With its database of celestial locations, the NexStar 127SLT can pinpoint more than 40,000 objects in the night sky. It’s powerful enough to allow for clear viewing of Saturn’s rings or a bright and highly detailed view of the moon.

Anyone who’s still on the fence about astronomy and telescopes would do well to check out the Celestron Travel Scope, a refracting telescope available for under $100. Lightweight and easy to carry in the included travel bag, it’s an incredibly affordable way to get started observing the stars with its 70mm objective lens.

Telescopes for Science and Astronomy

In the time since their original development for use in observing stars, the telescope has become a constant companion of scientists and researchers. While optical telescopes are still the most widely used for scientific observations, other styles have been developed to capture more elusive forms of electromagnetic radiation, further shedding light on the workings of our solar system. 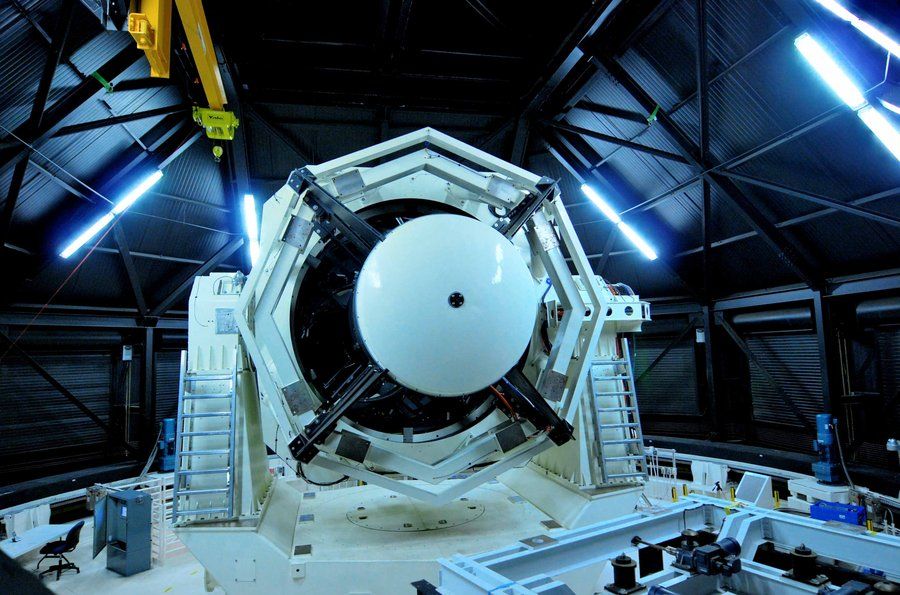 Telescopes built specifically for researching radio waves, gamma radiation, neutrinos, and more incredibly specialized and often one-of-a-kind. Prices can easily range into the millions or hundreds of millions of dollars, with the most expensive telescopes reaching even further beyond that.

The Most Expensive Telescope in the World

The United States takes the prize for the most expensive telescope. The James Webb Space Telescope, scheduled to launch in 2021, was built to be the Hubble Space Telescope’s successor.

Clocking in at a jaw-dropping $8.8 billion, its gold-coated mirrors are able to collect seven times more light than the Hubble and will be able to reveal the universe as it existed 13 million years ago. 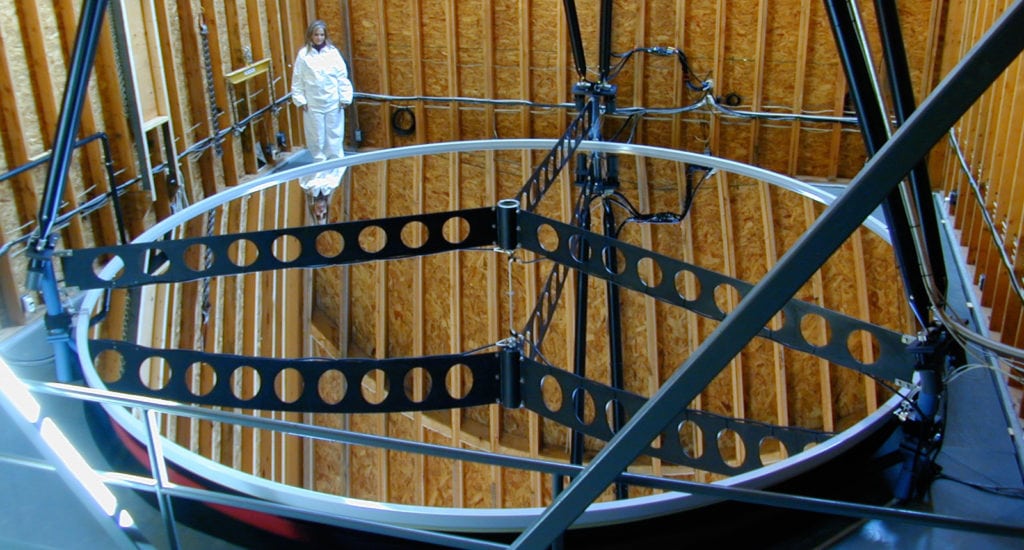 Overall, the JWST is 10 times stronger than Hubble and took 20 years to build. You can follow its progress and projected launch by visiting NASA online: www.jwst.nasa.gov.

For an entry-level telescope, you’re best off looking towards a refracting telescope with a 70mm lens, like the Gskyer Refracting Telescope. At right around $200, it’s a relatively affordable way to enter the field of astronomy, and we appreciate that it’s backed by a lifetime maintenance guarantee to protect your initial investment.

Celestron’s Astromaster 130EQ, available for around $300, is a smart upgrade for anyone who wants to start with a more powerful reflecting telescope. The Astromaster’s tripod base and fine-tuning knobs give it the capability of producing much clearer images than a beginner’s telescope.

For a significant monetary investment, the NexStar 127SLT from Celestron opens up the world of catadioptric and computerized telescopes. Producing incredibly precise and clear images using its database of celestial locations, it’s a surefire way to up your amateur astronomy game. At over $500, its sizable price tag is justified by uncompromising quality.

Last but not least, Celestron’s Travel Scope offers an incredibly budget-friendly way to get someone started on their astronomical journey. At under $100, it’s amazing that Celestron can still offer a 70mm lens – just enough power for a beginner to get their feet wet in the stargazing field.