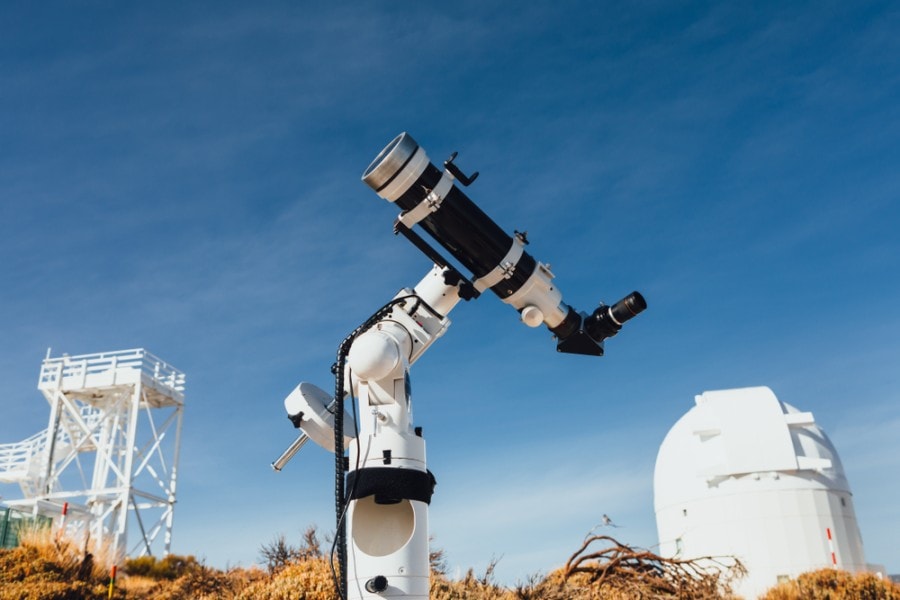 You just got your awesome new telescope and you’ve got a list of planets, stars, and other celestial objects that you just can’t wait to look at! But you forgot one important tool; a telescope mount. When you do a quick search for telescope mounts, you realize that it’s not as simple of a decision as you had hoped. There are several types of telescope mounts with different features and prices.

We’ve come a long way since the old days when all telescopes were manual. Today, even hobbyists can get computerized telescope mounts to use from home. But which one you choose is going to play a major role in what type of stargazing you can do. And if you want to take some celestial photographs, you’re going to need the right type of mount. To make sure you find the right mount for your intended use, we’re going to explain the five different types of telescope mounts. 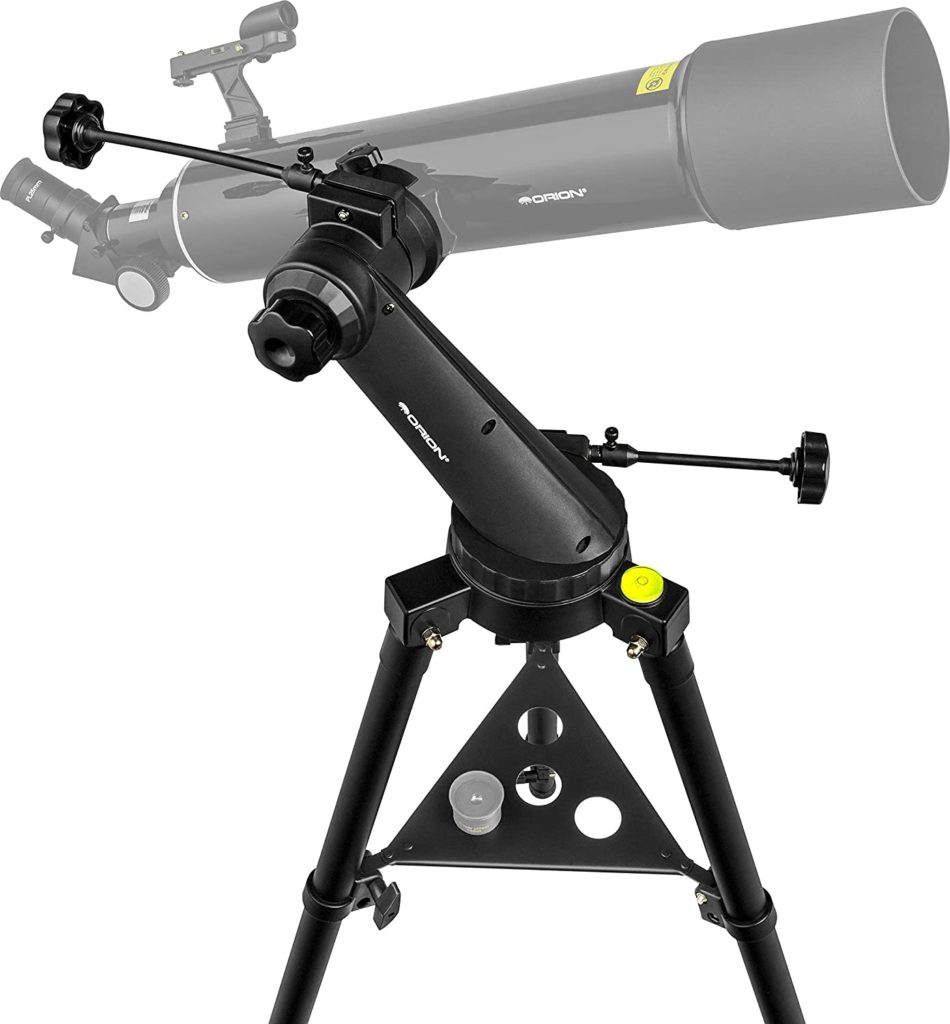 Often shortened to alt-az or altazimuth, an altitude-azimuth mount is the most basic type of telescope mount. It has been in use since the 1970s and is simpler and more affordable than other types of telescope mounts.

Alt-az mounts have two planes of motion; vertical, which is called altitude, and horizontal, which is referred to as azimuth. Hence, the name altitude-azimuth.

Manual alt-az mounts have knobs that you can turn to adjust the altitude and azimuth. Good quality alt-az mounts will have slow-motion knobs that allow for very precise adjustments so that you can track targets across the sky. Today, many of the higher-end alt-az mounts are even electronically controlled and driven, so you can tell it where to look and it will move on its own.

The drawback with alt-az mounts is that they don’t rotate along the same axis as the earth. This means that a telescope on an alt-az mount can’t track celestial bodies with the same movement pattern they’re following. Because of this, alt-az mounts are not great for celestial photography where the telescope must perfectly follow the subject because of long shutter times. With an alt-az mount, after about 30 seconds, the subject will have moved from the frame with the mount unable to move at the proper angle to keep it in the frame. 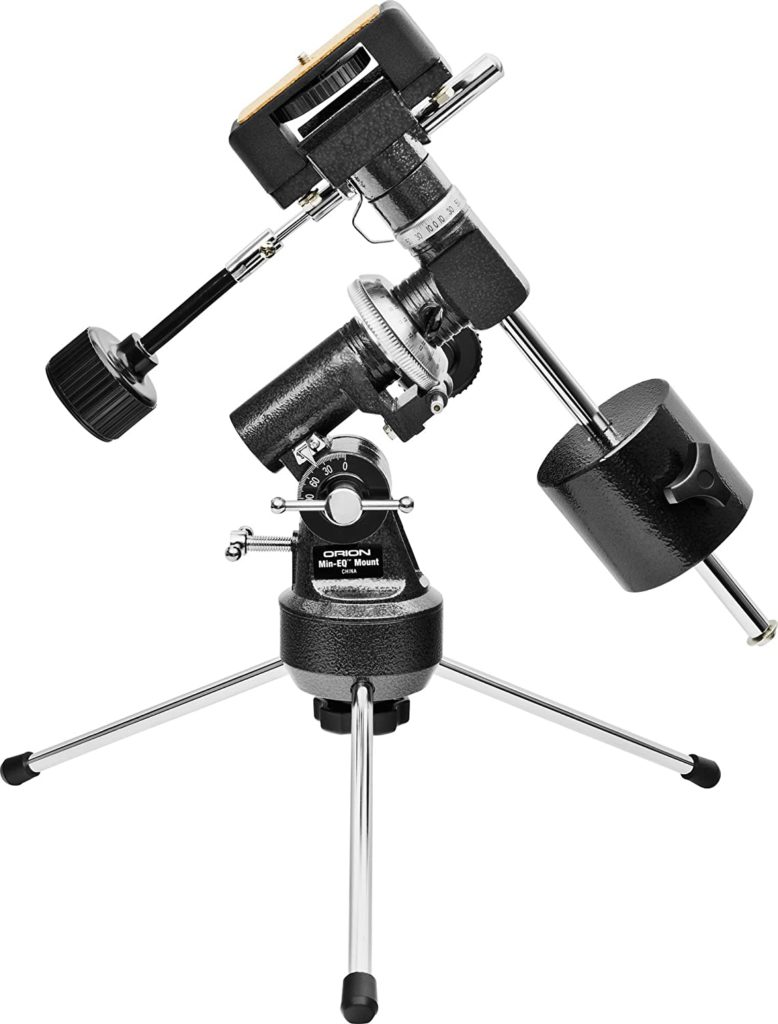 The equatorial mount is much older than the alt-az style of mount. It was originally invented in the early 1800s for the Great Dropat Refractor. Despite being the older technology, equatorial mounts are more “high-tech” than the more basic alt-az mounts.

While the alt-az mount can only move on two axes, the equatorial mount can rotate on its axis to match the rotation of the earth. This allows a telescope mounted on an equatorial mount to follow celestial bodies without losing their relative position, keeping them perfectly centered in the frame.

When it comes to celestial photography, equatorial mounts are the only choice. With an alt-az mount, your subject will not be in place long enough to be captured. Since there isn’t much light in space, very long shutter speeds are necessary for taking photos so that as much light as possible can be captured. This means that the telescope must follow the subject, staying perfectly aligned, if a clear photograph is to be taken.

Equatorial mounts can be manual or electronic. Both have the same benefits, except an electronic mount can be set to track celestial bodies automatically, making it the better choice, if budget allows. 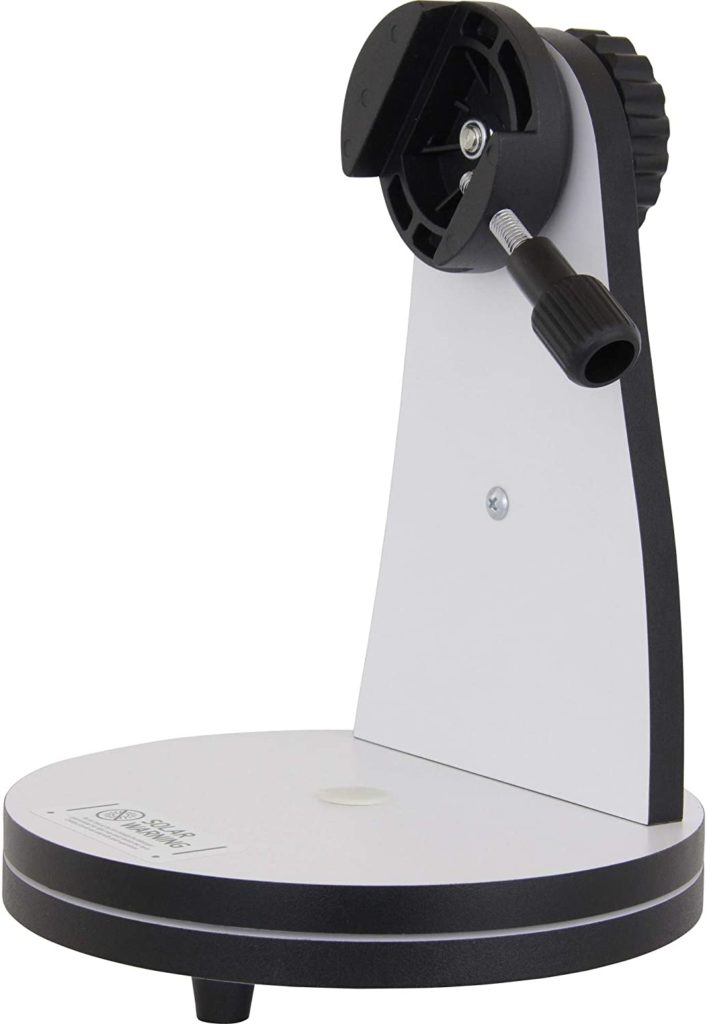 A Dobsonian mount is a variation of the altazimuth mount that allows you to mount much larger telescopes than what you could fit on a regular alt-az mount. It’s essentially a large box that sits on the ground on a rotating platform, allowing you to turn the telescope in a full circle. The telescope is mounted onto the base box so that it can pivot. This allows the telescope to have a complete range of motion vertically.

Dobsonian mounts make it possible for the average enthusiast to have an oversized telescope in their backyard. Getting a telescope of that size mounted to any other type of mount would be wildly expensive and is usually only done in major labs. 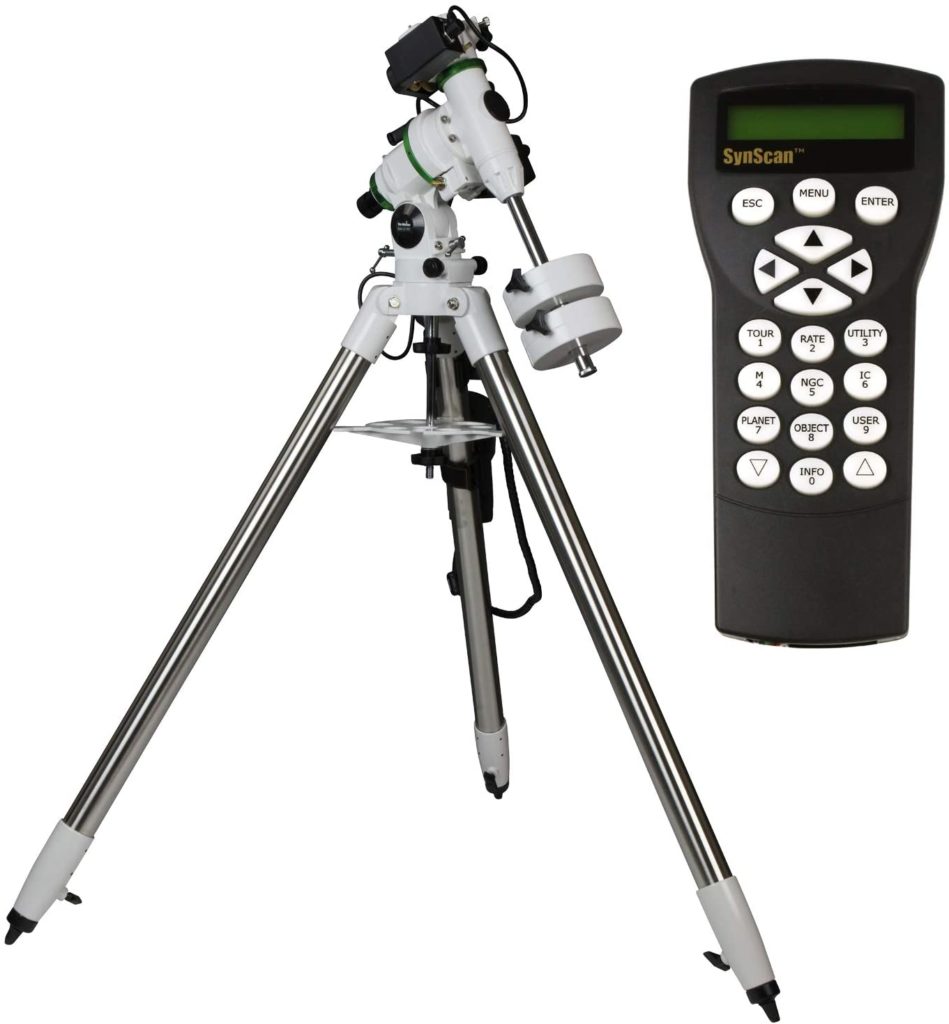 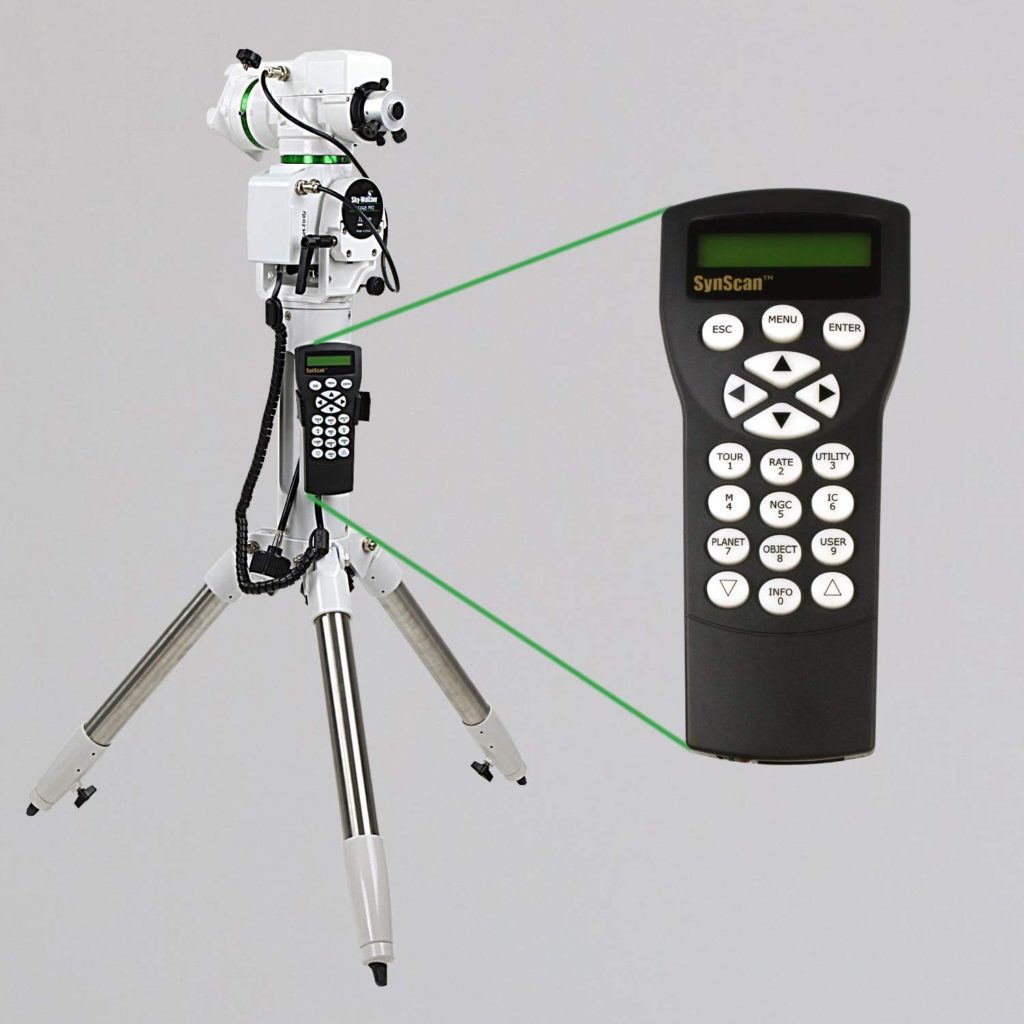 Fork telescope mounts are a newer style of mount that brings awesome flexibility to a more affordable price point. With this type of mount, the telescope is mounted between the two tongs of the fork. The forkhead rotates and pivots, and if you add an equatorial wedge, it can even go into equatorial mode, rotating on the polar axis to follow the earth’s movement pattern.

Since they provide such awesome flexibility, being able to act as an alt-az or equatorial mount, fork mounts have become the go-to telescope mount for most astronomers in recent years. They’re almost all computerized now, making them even more useful. They’re slightly less stable than a German equatorial mount, but they’re also less expensive.

5 Types of Falcon Species in the United States