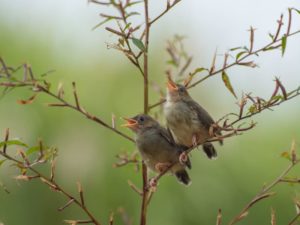 Hearing the many unique voices of different songbirds is a huge part of the allure for birders. These songs learned through both genetic predisposition and learned behavior are absolutely amazing! And that’s why it’s wonderful the international birding community has established the International Dawn Chorus Day!

International Dawn Chorus Day occurs on the first Sunday of every May and it’s a great time to stretch your legs and open your ears to the wonder of birdsong. Or, at the very least. to crack open your window and start your day right.

What is International Dawn Chorus Day?

International Dawn Chorus Day once started as a small-scale event in Birmingham, England, where people would gather to listen to the Dawn Chorus of the local birds. Since then, the movement has caught on and spread to all parts of the globe.

Why do birds sing at dawn?

The dawn chorus normally starts just before the sun rises and can last several hours after the sun has fully risen. But why do birds sing so beautifully at dawn?

Well, believe it or not, there are some great scientific reasons why they do so. The first of which has to do with their ability to forage for food. Most bird species don’t have superb night vision, so the dim light in hours before dawn makes it difficult to actually find food. Also, it’s much harder for predators to spot these birds, thus, making singing during this time safer.

These songs can be used as mating or socialization calls and help the birds to establish their territories. Furthermore, the songs and calls heard during the dawn chorus are much more likely to travel farther through the crisp, clear air and minimal ambient noise normally present during the early morning hours. 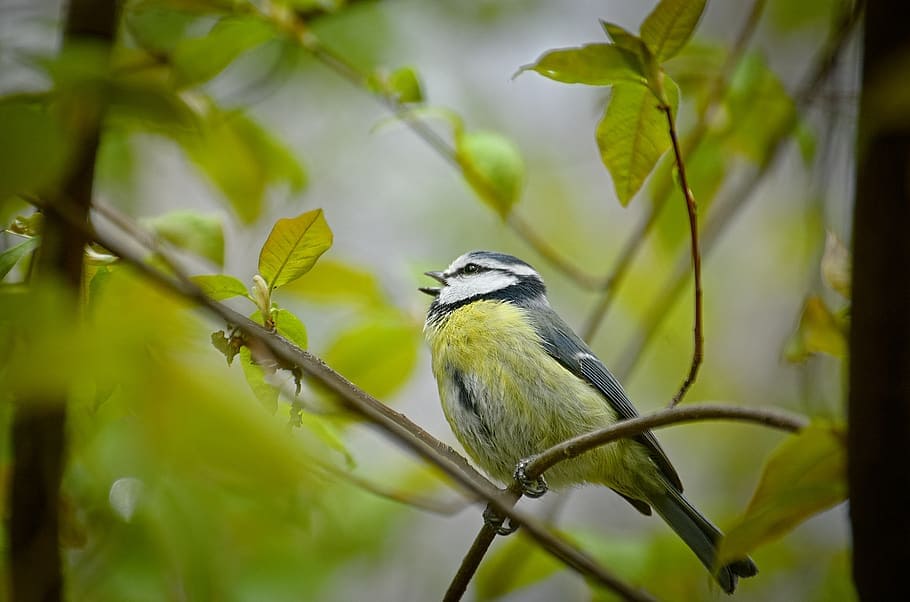 How is the day for International Dawn Chorus Day chosen?

The very first Dawn Chorus Day happened because of Birmingham broadcaster and environmentalist Chris Baines’s birthday! And it just so happened to fall on the first Sunday in May. Despite this starting as an awesome birthday celebration, the timing during the year couldn’t have been much better.

Birds are most active during the spring and early summer. And that’s because many songbirds have their mating seasons during this time because of the surplus of food and extra hours of daylight in which to find it.

Are you looking forward to taking part in International Dawn Chorus Day? Well, there are a few things you’re going to want to prepare to make the most of it.

Early to Bed, Early to Rise

A Good Set of Binoculars

Next, you’ll probably want to put together your birding gear. If you’re looking to actually spot the birds, you’re going to need a set of quality binoculars. Since there will be low light conditions for at least the beginning of the dawn chorus, you’ll want to grab a set of binos that really help to capture the light and properly magnify the image. We recommend the Carl Zeiss Optical Victory HT set. It’s an amazing set of optics that you can rely on time after time. As a matter of fact, we’ve got it listed at #1 on our list of best binoculars for bird watching!

Pack Your Bag for the Day

Another thing you may want to consider bringing—especially, if you’re leaving the house—is a trail bag. In here, you should pack plenty of water and high-nutrient snacks. After all, you will be out and about during breakfast. And depending on where you live, you may want to wear some warm clothes. Without the kiss of the sun’s rays, it can be a little chilly.

8 Birds to Start Off Your International Dawn Chorus Day

And now it’s time to meet the stars of the show…the birds! Now, the birdsongs you’ll hear will vary depending on where you live in the country. Some places will have different birds than the ones listed below.

Normally, it’s only the males of the species that sing. However, some females join the chorus as well, such as the American Robin. And that being said, it’s always the strongest of the bunch. It takes a lot of energy to sing on an empty stomach. This can also show to potential mates who among the birds are fit, healthy, and have territory.

However, here are some of the most common and prevalent singers of the bunch: 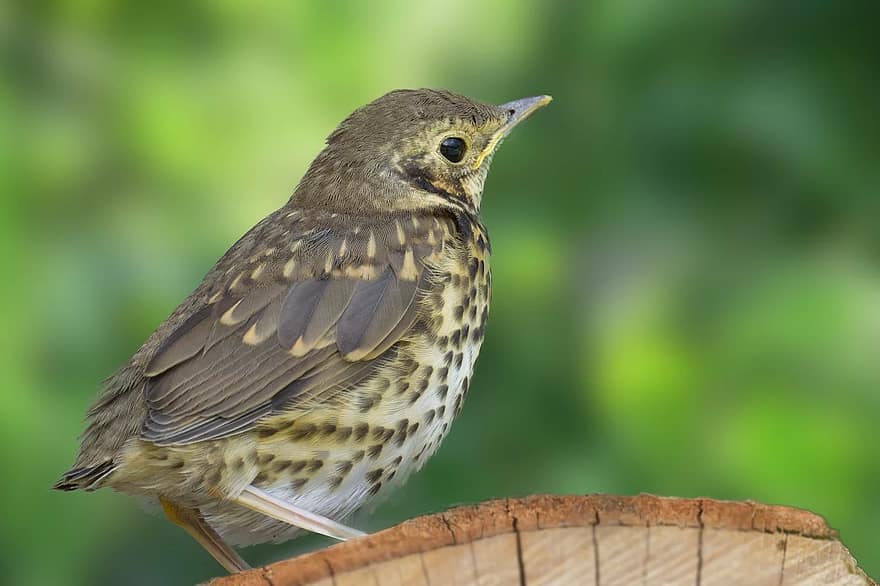 Thrushes are among the very first singers in the morning. This is because they are much more active during the day and among the first to actually wake up in the morning. They have a very recognizable sound. They typically have a three-part song with low, soft notes that culminate in high-pitched thrills. However, the most recognizable phrase of their song is the flute-like ee-oh-lay. 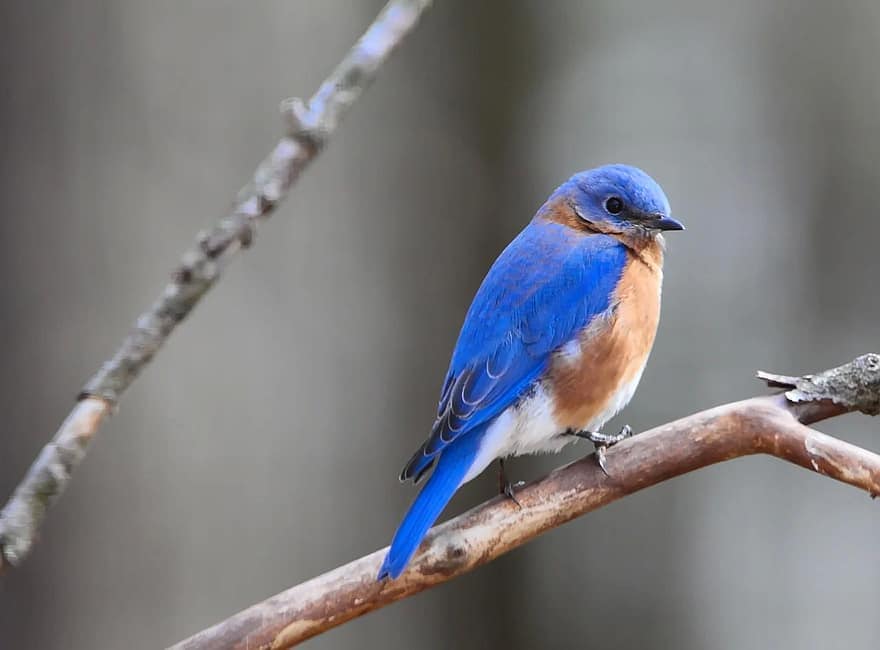 Compared to other birds, the Eastern Bluebird has a lower-pitched song. It’s more of a warbled composition built out of several phrases. Each of these phrases however is short normally only consisting of 1-3 notes. Their songs normally don’t last longer than 2 seconds each, so be sure to keep a sharp ear ready. 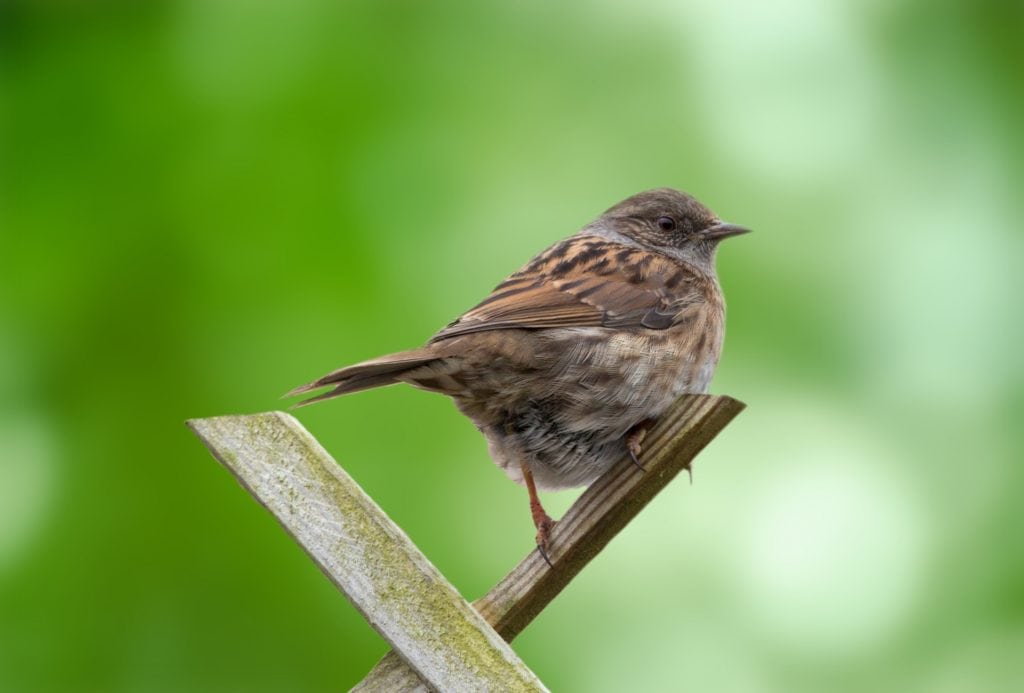 The Song Sparrow has another very easy to identify song. Their song normally starts with a few sharp, crisp chip notes followed by a trill or buzzing sequence. There are several varieties of Song Sparrow. So, if you’re away from home, the songs might not sound exactly the same. However, the same patterns will appear. 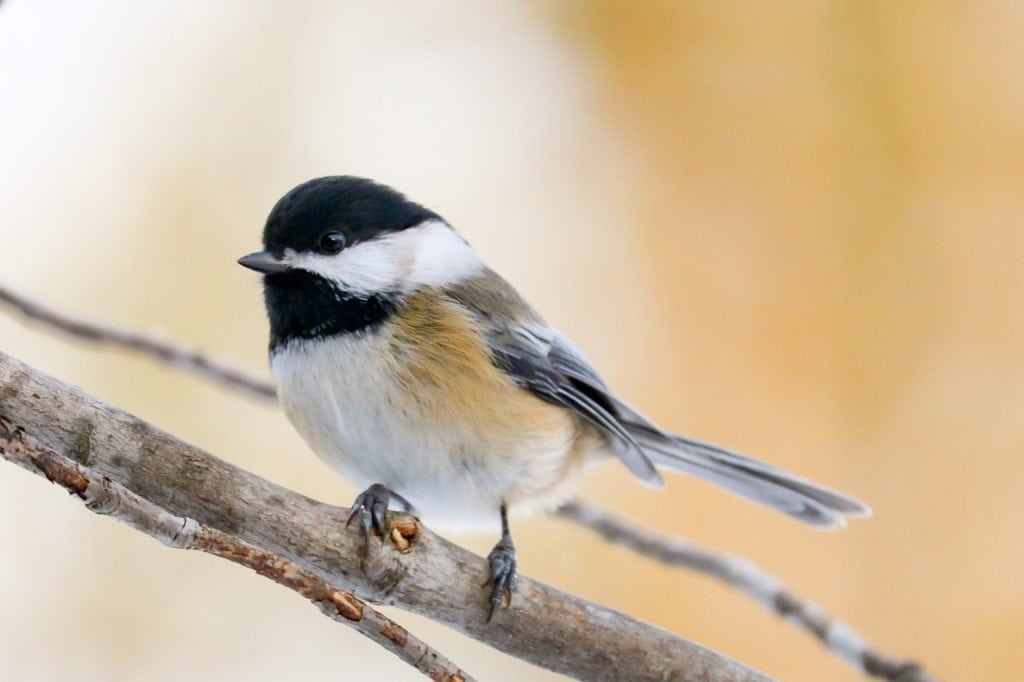 Photo by Laura Ganz from Pexels

If you’re looking for one of the purest and innocent-sounding of all bird songs, this is it. The Black-capped Chickadee’s song is a simple 2-4 notes song that comes across more of a simple whistle than anything else. It’s a delicate tone that’s often characterized by the phrase “fee-bee” for shorter variations or “hey, sweetie” for longer songs. 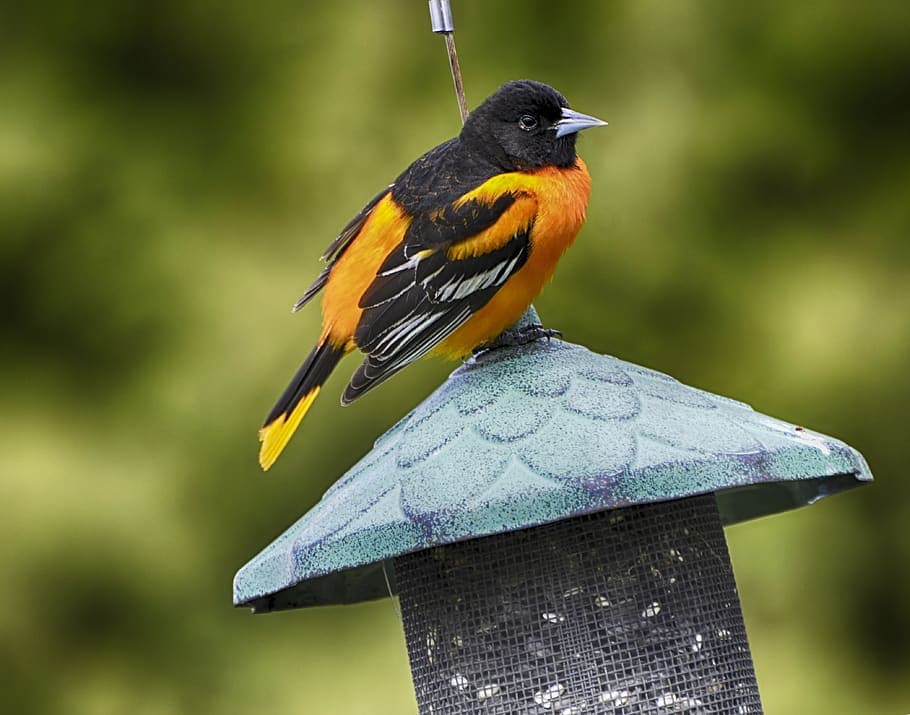 Compared to some of the other birds on this list, the Baltimore Oriole has a rather complicated song. However, its intricacies are what make it so beautiful to listen to. It’s a flute-like whistling consisting of several short series of paired notes. This grouping is then repeated between 2-7 times within 2 seconds to produce a very unique song that can only belong to the Baltimore Oriole. 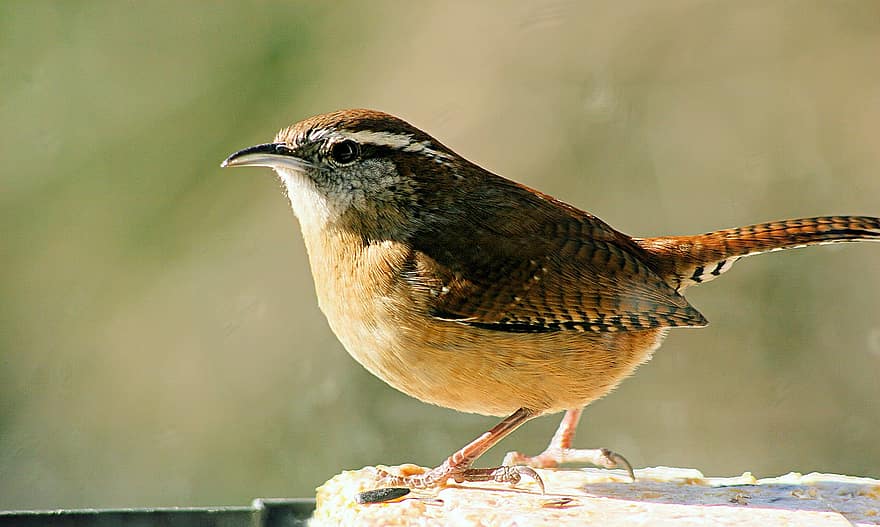 The Marsh Wren has a more-harsh tone than many other birds. Instead of a soft serenade, they produce a trill gurgle or buzzing. But don’t let that turn you off. It comes together so nicely! Whereas some birdsong can be considered fine peaceful Chopin-like works, the Marsh Wren comes across more like a Richard Wagner. They are also among the first to be heard in the morning. 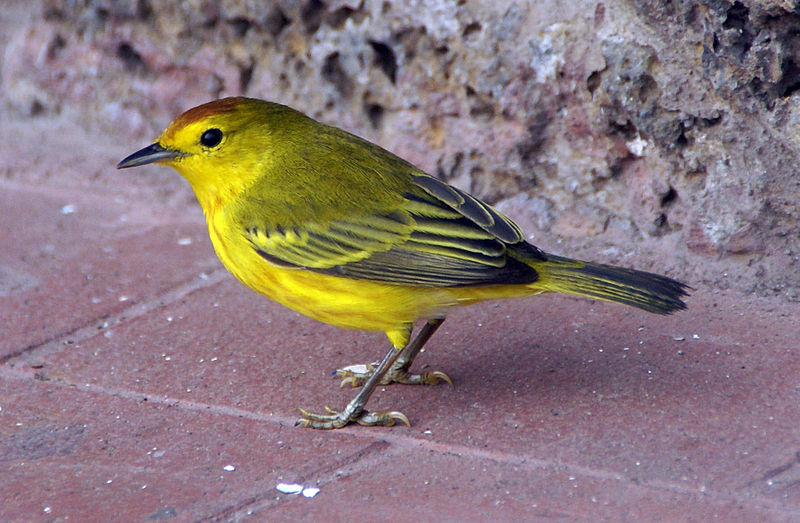 The Yellow Warbler like other warblers is part of the pre-dawn chorus. However, they aren’t among the first such as the Thrushes, Wrens, and Robins. They’re more among the second major group to start singing. Although this song is only 1-2 seconds long, it can have up to ten accelerated whistled notes. This may seem like a relatively harsh and intense song. But this couldn’t be farther from the case. It’s very sweet sounding earning the mnemonic “sweet, sweet, sweet, I’m so sweet.” 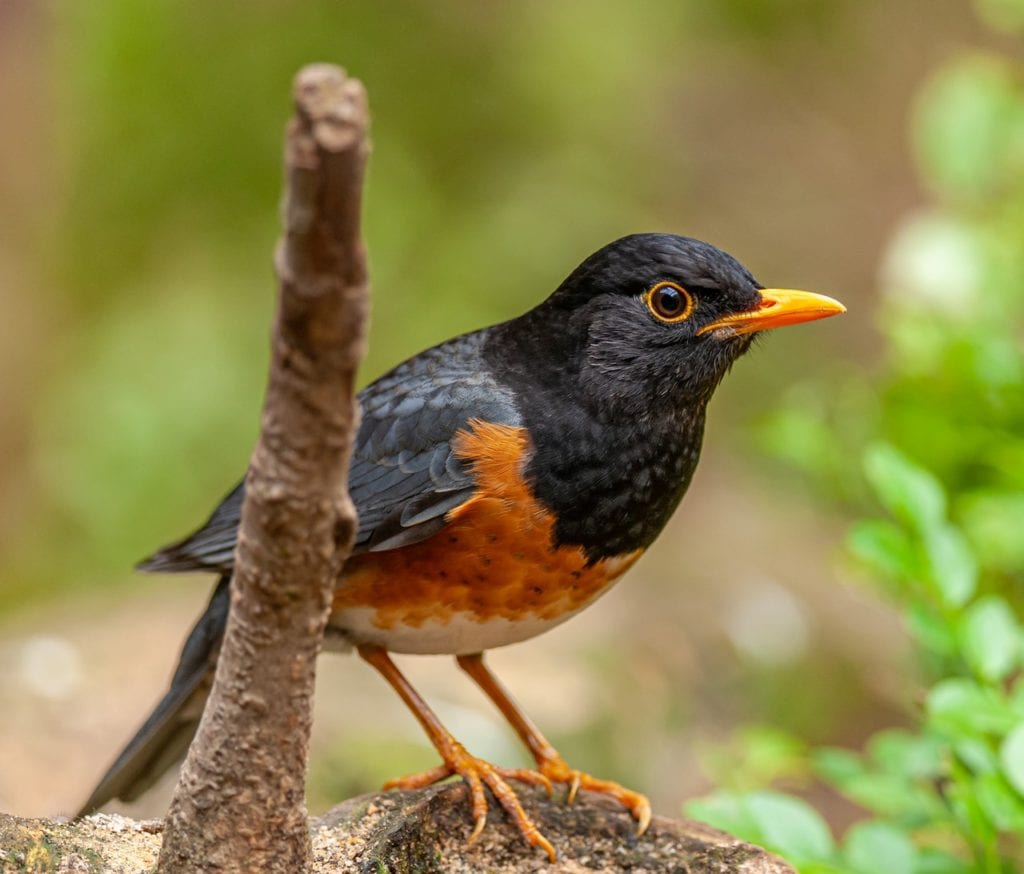 Photo by Petr Ganaj from Pexels

Robins are among the very first birds to sing during the dawn, their song often starting off the whole chorus. And they’re also one of the most easily recognized. It’s a long string of evenly spaced whistles. The syllables do change in pitch, however, the fluidity and consistency between them remain the same.

If you’ve got the time and ability to participate in International Dawn Chorus Day, we highly recommend you do. Getting up early may seem a bit daunting, but you’ll be more than happy that you did.

And if you’re looking to do some spotting, be sure to bring with you a top-notch pair of binoculars like the Carl Zeiss. You’ll be in lower light situations at the beginning of the chorus, and only a pair like these can really capture and utilize all of the available lighting.