How Does a Laser Rangefinder Work? 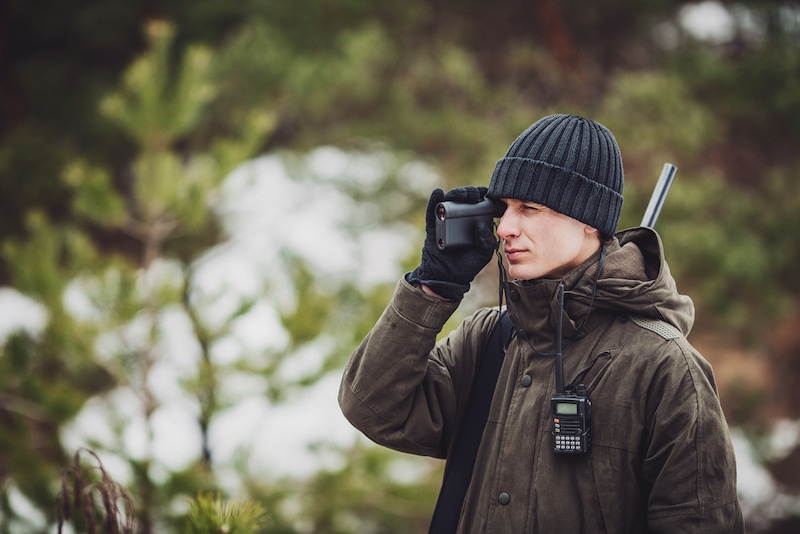 There are many tools that we use and take for granted the fact that they work without giving any thought to how they work. While this is fine with most tools, some tools, like a laser rangefinder, will work better if you understand how they operate.

It seems simple on the surface; point the rangefinder at the target and get a measurement. But how does that reading end up on your screen? If you understand how rangefinders produce their measurements, then you can start to figure out why different models might give you different readings in certain situations.

But when you’re taking an important swing in golf or getting ready to draw back and let an arrow fly at a big buck, you don’t want any discrepancies in your measurements. Knowing how your rangefinder works can ensure you pick the right rangefinder for your use and that you have it set to give you the information you need.

How a Laser Rangefinder Works: The Basics 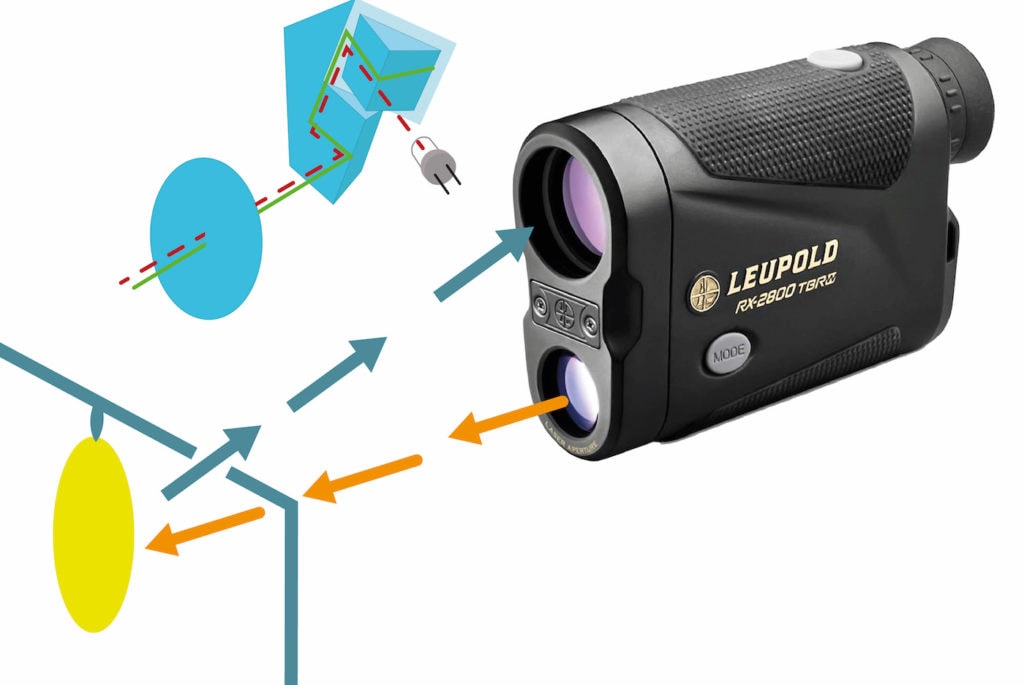 The laser beam travels at the speed of light. The software in the rangefinder will multiply the speed of the laser beam by the time it took to reflect off the surface in order to compute the distance to the target surface.

In theory, it’s all pretty simple. But things get more complicated the closer you look.

When we start our discussion of laser rangefinders, it makes sense to start with the optics. They don’t take the measurement, but they’re still essential to the process. If you can’t find the target, you can’t measure it, and good optics are what allow you to find the target. 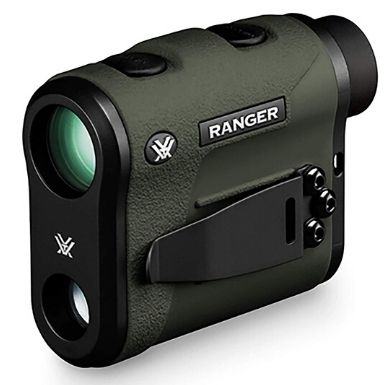 The optics on a rangefinder will have a set level of magnification, most often between 5x and 10x. Higher magnification will generally let you see a more detailed picture and you might miss some things with lower levels of magnification.

Once you have your target in view and centered in your rangefinder, it’s time to take a measurement. Push the button and the rangefinder will shoot out a laser beam to your target, beginning the measurement process. 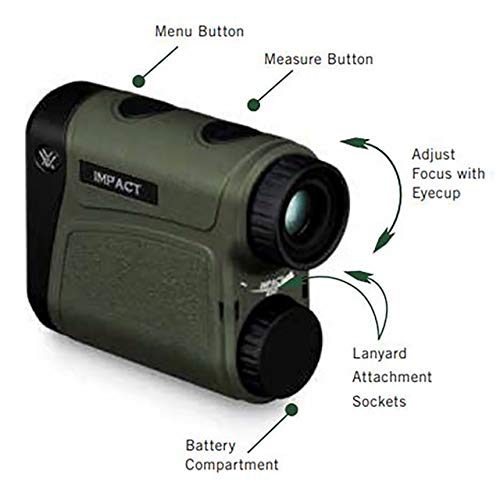 The laser is essentially the measuring tape of a rangefinder. It reaches out to the surface and reflects back to the sensor so the software can determine how far the laser traveled. But there are a lot of differences between the lasers installed in different rangefinders that can have a major impact on how each device functions.

In reality, it’s not a single laser that your rangefinder sends out. It’s actually a series of laser beams, allowing the software to make multiple measurements in quick succession. But these beams aren’t just reflecting off of everything around you. They’re all contained within the laser’s beam. 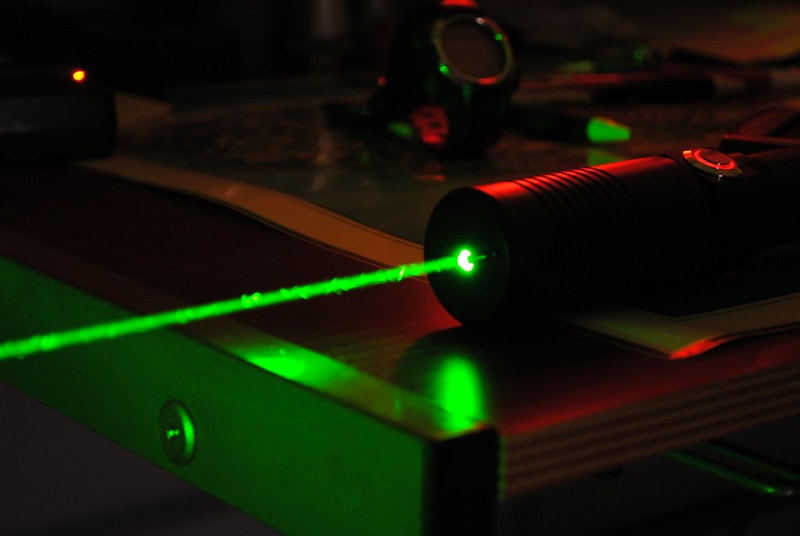 Imagine you’re measuring the distance to a deer in a field but halfway down the hill you’re on there’s a tree with a large branch obscuring your view. The laser may partially reach the deer even though it’s also partially blocked by the branch. Since the rangefinder sent out multiple pulses, it will take in measurements from both the branch and the deer.

What is Beam Divergence?

The deer example might be hard to visualize if you’re imaging the laser from your rangefinder being similar to a laser pointer. A laser pointer has a small and tight laser beam. Your rangefinder’s beam isn’t that tight and it keeps spreading out on the way to the target.

Beam divergence is the measurement of how spread apart that beam is. What starts as just a few millimeters at the laser’s point of origin can be an area multiple feet across by the time it reaches a target 1,000 yards away. With such a wide area being measured, it’s easy to see how all sorts of other items can be measured that aren’t part of your target. 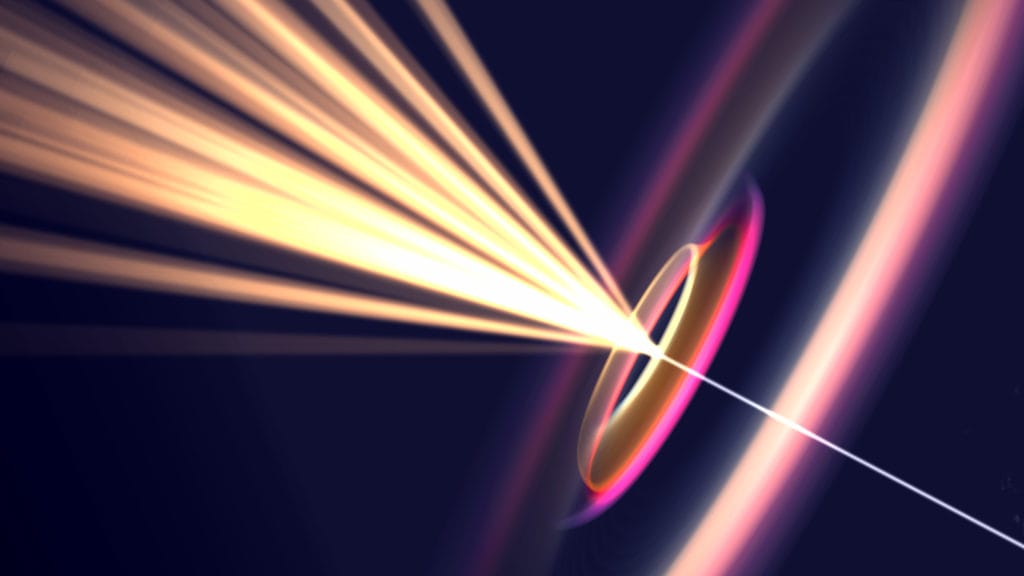 Unfortunately, these other items can cause the rangefinder to give an inaccurate measurement. Brush between you and the target, hills in the background, other objects within view, and even the ground behind your target can all interfere with getting an accurate measurement of your target.

On the other hand, a beam with tight divergence can be more difficult to aim. This is especially true when holding it by hand and trying to measure a target at a long distance. Still, the tighter the beam, the more accurate your measurements are likely to be.

Regardless of how tight your beam divergence is, your rangefinder has a problem to deal with. Right now, it’s taking in lots of different measurements. But how does it decide which measurement to show you? That boils down to what’s arguably the most important part of any laser rangefinder — the software.

The software controlling your rangefinder determines how it will use the information gathered via laser to give you a measurement. Once all the measurements have been taken for the multitude of laser beams that were sent out, the rangefinder will graph those measurements so it can see where the clusters of measurements are located. 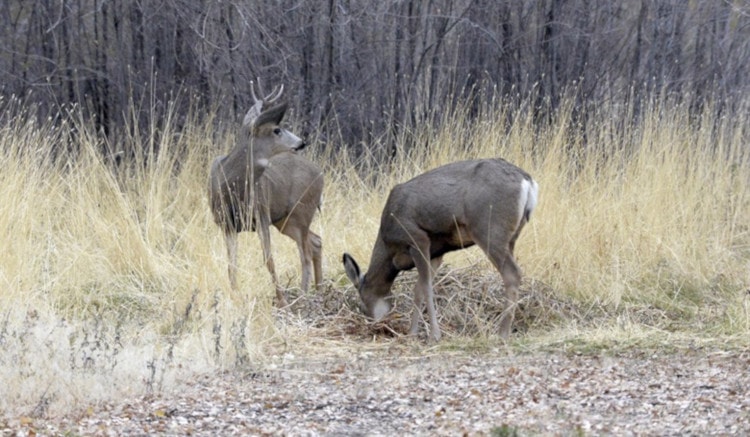 The software will then determine which of these clusters it’s going to present to you as the final measurement.

How the Software Interprets the Data

This is where the software uses the cluster of measurements that’s closest to you as the final measurement. In our deer and tree example, this would mean that the device would show you the measurement of the tree branch, not the deer.

Most of the older-style rangefinders operate using the closest reading. They’ll take the closest measurement and present it to you as the range. This means that anything between you and your target can easily get mistakenly shown to you as your target’s distance. 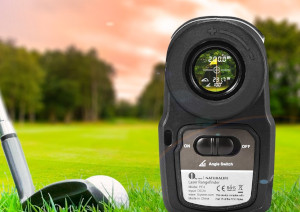 Similar to the most concentrated cluster but more precise. The software will take the single measurement with the most identical readings and present that as the final distance.

The opposite of the closest reading. A rangefinder using furthest reading will show you the furthest measurement it took as the final reading. This can be useful when there’s a lot of brush between you and your target.

As you can see, the way your software interprets the measurements it takes can make a huge difference in how accurate your final measurement will be. Each method of data interpretation can be useful in certain situations or essentially useless in others. No matter which one your rangefinder uses, there will be situations where it will be less than optimal. 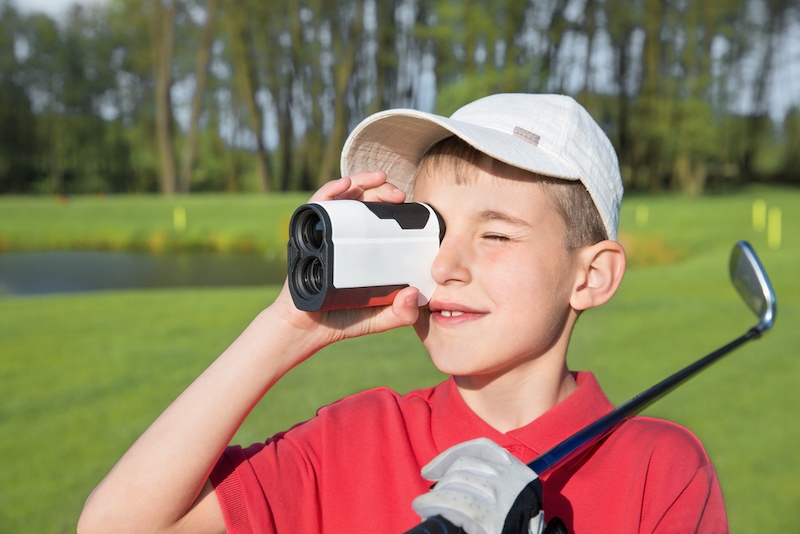 But what if you could change how your rangefinder used the data for each situation you found yourself in? Say hello to selective targeting systems. This allows you to decide how you want the software of your rangefinder to interpret the measurements it takes.

This is a pretty new technology though and it’s not readily available on all models. If you’re interested in trying a rangefinder with this useful feature, try the Bushnell Fusion 1-Mile rangefinder. It lets you choose between three different software modes that it refers to as Automatic SCAN, BullsEye, and Brush modes. 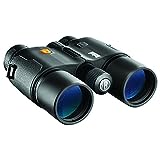 Other Factors to Consider

We’ve covered all the basics about how laser rangefinders work. But there are still other factors you ought to keep in mind when picking one out.

How far do you plan on ranging? If you know you’re only going to use it for closer distances of 200-300 yards, then you might not need to prioritize this so much. On the other hand, if you want to range a deer at 1,000 yards, you’ll need to ensure you get a rangefinder that can accurately measure at that distance.

What happens if you’re measuring down from a hill and your target isn’t at the same angle as you? In this case, you’ll want angle range compensation. This is an intelligent algorithm in the software of the rangefinder that automatically calculates the difference of angle and compensates for it in the measurement so you can ensure accurate readings.

When the laser beams are reflected back to the rangefinder, they’re all collected by the receiver optic, which focuses them and sends them to the sensor. The aperture size of that receiver optic determines how much data the rangefinder can collect. A larger aperture means more data, which allows the device to get more accurate measurements at greater distances.

At the end of the day, we’d all purchase the best item to suit our needs if money wasn’t a factor. But in this world, money is always a factor.

If you wanted the top-of-the-line rangefinder with no compromises and incredible accuracy in every situation, you could purchase the Vectronix Vector 23. Of course, it will set you back $24,000, which is why everyone who needs a rangefinder doesn’t purchase one.

But don’t worry, that model is many dozens of times more expensive than most decent rangefinders. You could find a decent device for just a few hundred, but you’ll probably be making some compromises. Lower-priced models often have low-quality lenses that can make it difficult to find your target in the optics. They also might have inefficient software or a small aperture that doesn’t pick up much data.

Around the $1,000 mark, you’ll get a great-performing rangefinder with lots of useful features to provide accurate measurements in most situations.

Our Favorite Rangefinder in 2020

Though all laser rangefinders perform the same basic function, discrepancies in how they take their measurements can make for drastically different performance between models.

It all starts with laser beams being reflected back from a target surface you wish to measure. The clock records how long it took for the beams to get back to the device and the software interprets the data to provide you with a measurement.

But the quality of the beam and the way the software interprets the data can mean the difference between ranging the deer you’re aiming for and mistakenly getting the measurement of the branch between you and your target instead.