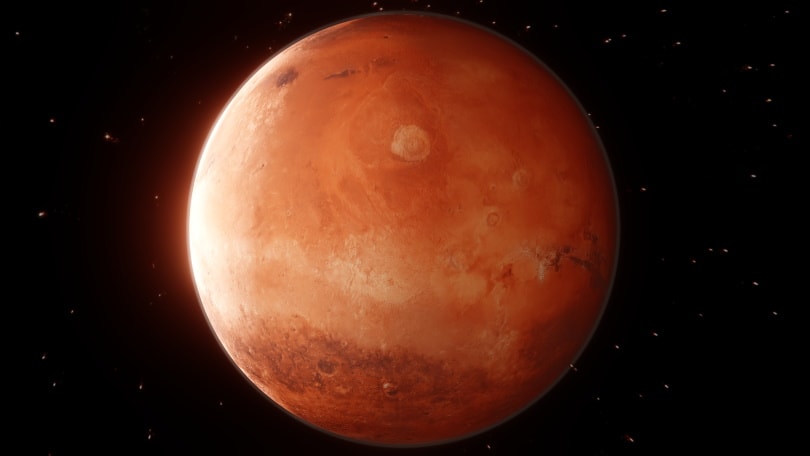 No planet draws as much awe and speculation as the Red Planet, despite the fact that it’s not even our closest planetary neighbor (that honor belongs to Venus). But when it comes to sci-fi stories and a rabid imagination, it’s all about Mars.

This planet was discovered by Galileo way back in 1610, and it’s captured our imagination ever since. But how far away is Mars, and how long does it take to travel there? We tell you everything that you need to know here.

How Far Is Mars From Earth? 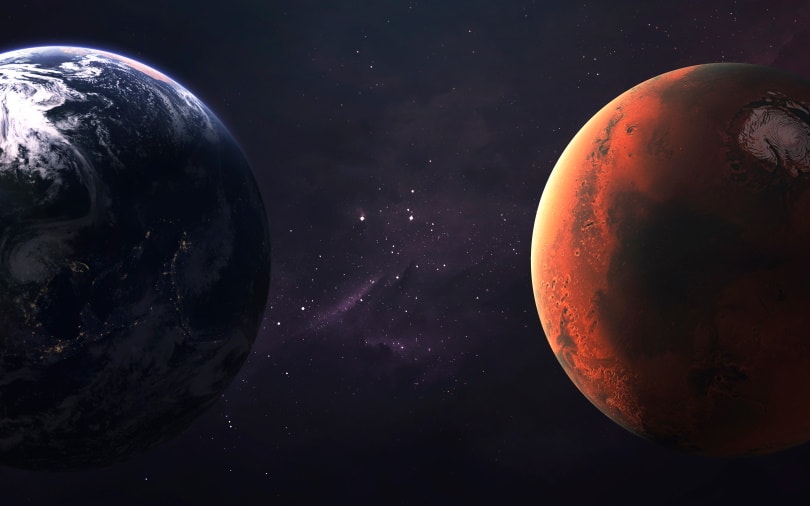 Narrowing down the distance between two moving objects is always a challenging task. But when you add in the fact that both Mars and Earth have elliptical orbits instead of circular ones, the problem becomes even more challenging.

Look at it this way: At its closest distance, Earth is only 33.9 million miles from Mars. However, that is incredibly rare — in fact, we’ve never seen it happen in recorded history!

Still, all that’s about how close Mars can get. But there’s still the question of how far away Mars can be. At its farthest distance, Mars can be a little over 249 million miles from Earth!

With such a varying distance, it’s no wonder that the viewing of Mars changes so drastically. There are certainly better times than others to view the Red Planet. During close approaches, you can spot the planet with the naked eye and even see the polar ice caps through a telescope.

How Far Is Mars From the Sun? 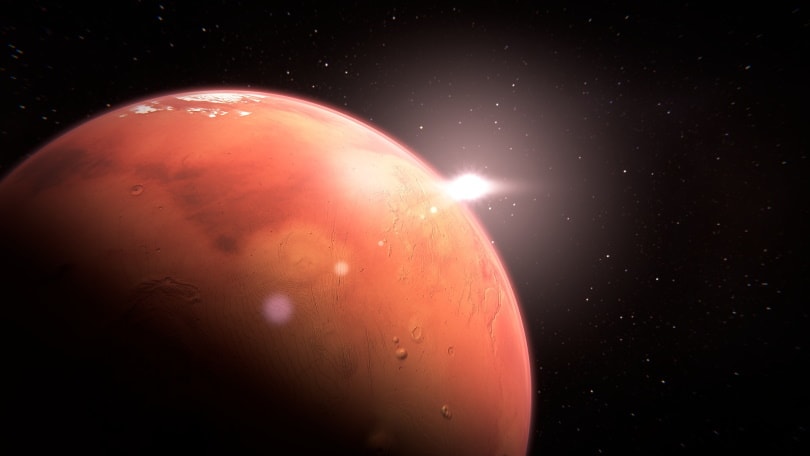 Mars circles the Sun in an ellipse. While all the planets travel in this manner, Mars’s orbit is more eccentric than others.

But considering that a single Martian year is 687 Earth days, it takes quite a bit of time to travel that distance.

In comparison, the farthest the Earth gets from the Sun is 94.5 million miles, while 1 AU (the average distance from the Earth to the Sun) is just under 93 million miles.

How Long Does It Take to Travel to Mars? 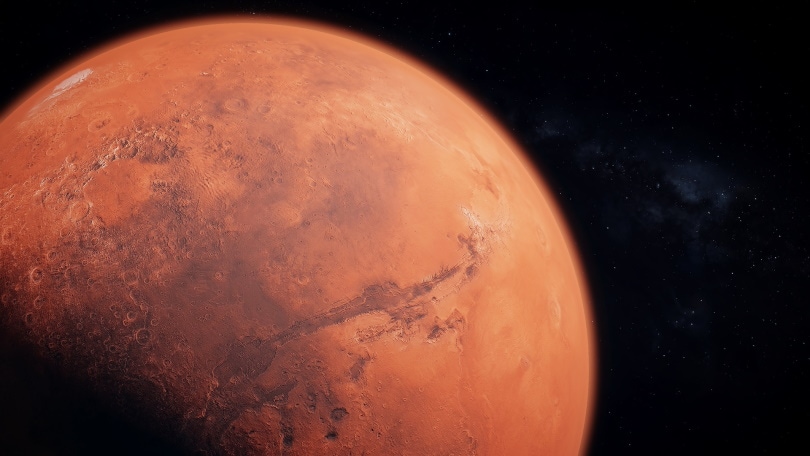 Determining how long it would take to travel to Mars depends on various factors, including the speed of the spaceship and the current distance between the two planets.

The best way to look at it is to take a mission that launched the Curiosity and Opportunity rovers to determine how long it would take to get there. These missions aren’t that old, and the technology used to launch them hasn’t changed much.

It took the Curiosity rover 253 days to reach Mars, and it took Opportunity 202 days. While there are tons of sites that like to use the New Horizons mission to calculate how long it would take, there’s a significant problem with this method.

It assumes that the distance between the two planets remains constant. In reality, Mars is moving at close to 54,000 miles per hour, so you need to launch where it’s heading, meaning you can’t use the shortest possible distances.

Complicating matters more is the fact that you need to slow down the spacecraft when approaching Mars to avoid overshooting it.

You may want a straightforward answer, but the truth is that a ton of math is involved, and it’s incredibly complicated. It’s why they pay the folks at NASA the big bucks.

How Long Does It Take Light to Reach Mars? 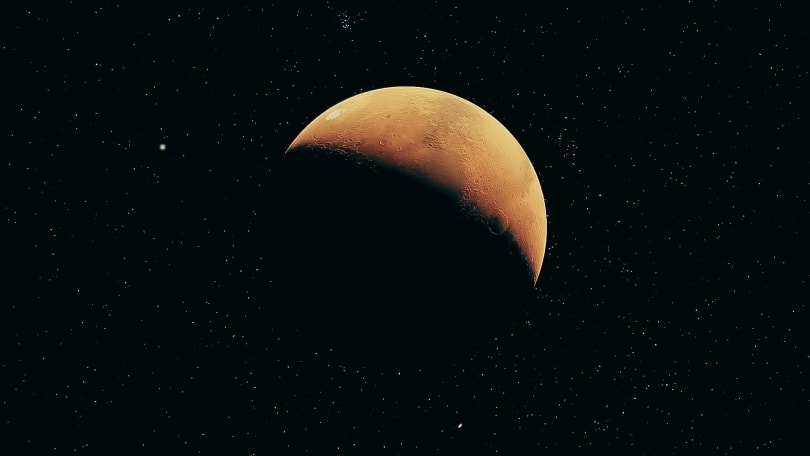 While this number changes as well, light travels so fast that it’s constant, so the math gets much simpler, even if the everyday observer can’t use it for much.

So, how long does it take for light from the Sun to reach the Red Planet? Since Mars travels in an elliptical orbit, there’s no set distance between Mars and the Sun, and there’s no set amount of time that it takes for light to arrive.

But at the average distance of 142 million miles, light takes about 12 minutes and 42 seconds to reach the Red Planet. However, at its closest distance, that time shrinks to 11 minutes and 27 seconds, while at the farthest point, it stretches to 13 minutes and 47 seconds!

As far as how long it takes for the light to travel from Mars to Earth, this varies even more wildly. At the average distance of 206 million miles, the light that you see from Mars is 18 minutes and 26 seconds old!

If all these numbers are a little confusing, you’re not alone in feeling that way. While we’re sure you’d like a cut-and-dry answer to your question, that’s simply not how the science pans out. It’s a bit of a challenge, but in the end, we think that only adds to its excitement.

Instead of being a fixture in the sky, Mars is an elusive target that becomes easier to spot at different points in time. It adds to the excitement as it makes close approaches and fuels even more mystique and imagination, which is something that we could all use a little more of.