How Big Are Stars? The Surprising Answer! 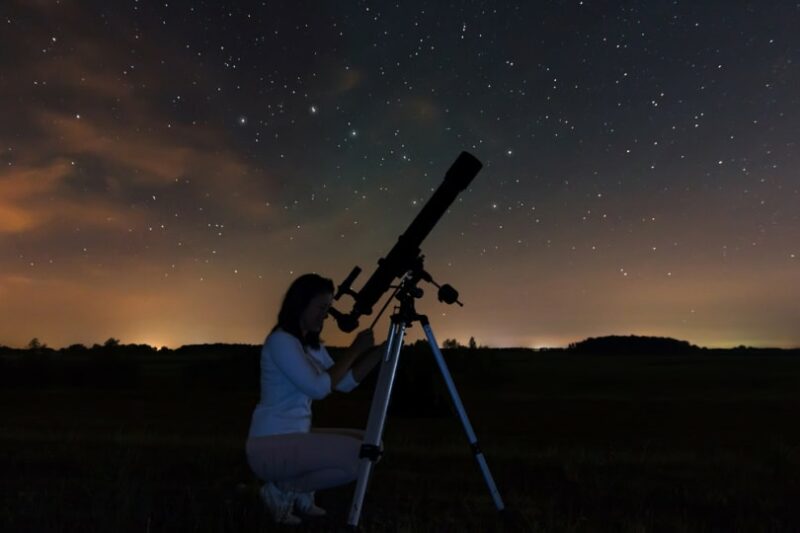 If you’re a sky gazer, you may wonder how big stars actually are. In reality, stars are massive, even bigger than the Sun. Their sizes can even be more than 1,800 times the Sun’s diameter. However, this doesn’t apply to all stars.

The sizes of stars usually depend on their types. Some are big enough to fit millions of stars inside them, while others are relatively small. For instance, the Sun is a massive star of about 700,000 kilometers, but it’s still not a giant star.

So, what’s the biggest star? The biggest star is Stephenson 2-18, which has a diameter of approximately 2,150 times larger than the Sun.1

Let’s learn more about how big stars are below.

Are Stars Big or Small?

Stars are undoubtedly more giant than they look. They also have a mass significant enough to support a nuclear reaction in the core, accounting for approximately 10% of the Sun’s mass. However, some stars can be so small that performing a fusion reaction in their core is nearly impossible.

You’ll be surprised that some stars can even fit hundreds of Suns into them. Not only stars, but some giant ones can even carry multiple planets.

Scientists believe that stars grow to a specific limit, estimated to be around 150 times the Sun’s mass. The basis of this assumption was the size of two stars, including the Sun and another large star called Betelgeuse. They evaluated the rest of the stars depending on their brightness, temperature, and distance.

The Sun has a diameter of 864,000 miles and a weight of more than 300,000 times the Earth’s mass. Additionally, it is an average-sized star, whereas Betelgeuse is around 700 times the Sun’s size and is brighter than the Sun.

The scientists also confirmed that stars change in size over time. For instance, the Sun can grow almost 300 times its original size when turning into a red giant. On the other hand, neutron stars form due to the collapse of large stars. Neutron stars are only 12 miles in diameter but have a significant amount of density. In fact, if you fill a teaspoon with neuron stars, it will be as heavier as billions of tons.

What Is the Biggest Star?

As of today, the biggest star of the universe is Stephenson 2-18. It is a part of the “red supergiant stars” category, which consists of the largest stars based on volume.

You may have heard of Stephenson 2-18 star by different names, such as Stephenson 2 DFK 1, St2-18, and RSGC2-18. Many scientists believe that it is the universe’s brightest red supergiant star. Stephenson 2-18 is present in Stephenson 2, a cluster of stars in the Scutum constellation. Scutum is the southern sky (hemisphere) of our Milky Way galaxy.

The Sizes of Different Types of Stars

Our universe consists of so many big stars that if we try to complete an orbit around them in an airplane, it may take us billions or millions of years to finish one.

To understand how big stars are, we need to look at their different types and compare their sizes to the Sun’s diameter.

Brown dwarfs are abnormal stars that don’t perform nuclear fusion reactions of hydrogen atoms into Helium in their cores. The primary factor behind this failure is their low density and mass levels.

Brown dwarf stars are approximately 8% smaller than the Sun and 10–80 times bigger and heavier than Jupiter.

Red dwarf stars are one of the smallest stars with a slightly larger size than brown dwarfs. They are present in millions in our Milky Way Galaxy. Proxima Centauri, the Solar System’s nearest star, comes under the red dwarf star category. These stars are present at a distance of 4.2 light-years away from Earth.

Red dwarf stars have a very low level of mass and brightness. Compared to Jupiter, these stars are around 80–800 times bigger and heavier than the planet. However, they are relatively smaller than the Sun.

As their name shows, red giant stars are larger than other stars, with a mass of 0.3–8.0 times the Sun’s. However, their mass can be low, similar to dwarf stars.

Red giants also have higher luminosity, totaling up to 3,000 times the Sun’s luminosity. The surface temperature of Red Giants ranges from 5000K to 8800K.

Apart from neutron stars, supernova and stellar black holes also come under the red supergiant stars category. These stars form when their lifecycle ends, so their sizes may vary.

The Biggest Stars in Our Universe

You may wonder about the other big stars in the universe besides Stephenson 2-18 and UY Scuti.

To save you time, we have compiled a table if you want a quick review of the 11 biggest stars in the universe. The sizes of these stars are evaluated by comparing them with the Sun’s diameter (Sd), which is 1.4 million kilometers.

As you can see from the above table, the stars aren’t as small as they seem. Instead, they are even bigger than the Sun!

Stars may seem very small to the naked eye, but the reality is quite the opposite. Our universe consists of varying sizes of stars, with some being way larger than the Earth and Sun.

Scientists even found that stars grow bigger over time, including the Sun. This red giant can increase its size by 300 times its original size.

About the Author Jeff Weishaupt

Jeff is a tech professional by day, writer, and amateur photographer by night. He's had the privilege of leading software teams for startups to the Fortune 100 over the past two decades. He currently works in the data privacy space. Jeff's amateur photography interests started in 2008 when he got his first DSLR camera, the Canon Rebel. Since then, he's taken tens of thousands of photos. His favorite handheld camera these days is his Google Pixel 6 XL. He loves taking photos of nature and his kids. In 2016, he bought his first drone, the Mavic Pro. Taking photos from the air is an amazing perspective, and he loves to take his drone while traveling.

What is Dark Field Microscopy Used For? The Surprising Answer!

What Do Wrens Eat? How Do I Get Them to My Yard?

How Does a Laser Thermometer Work?

How to Photograph Waterfalls: 8 Tips & Tricks

What Are Action Cameras & How Do They Work?

What Are Medium Format Cameras & How Do They Work?