Can You Use a Rifle Scope on a Shotgun? What’s the Difference?

Picking the right scope for your weapon is a critical decision. Your setup is only as strong as its weakest link, so if you throw the wrong scope on your shotgun, you might be asking for problems.

But what’s the difference between a rifle scope and a shotgun scope? More importantly, can you swap them out if you’re in a pinch? A there any situations where you’d want to put a rifle scope on your shotgun? We’ll cover all that and more.

Can You Use a Rifle Scope on a Shotgun?

While some of the differences between a shotgun and rifle scope don’t matter, the others can greatly affect your shooting if you’ve put a rifle scope on a shotgun.

The most significant differences between most rifle scopes and shotgun scopes are the magnification levels. Most people primarily use rifles for shooting targets at farther distances and require better magnification on the scopes.

Conversely, you primarily use a shotgun for close-range targets, so most shotgun scopes only have 1x magnification and use a red dot sight.

Still, if you want to attempt to hit a farther target with a shotgun, a rifle scope might be beneficial.

Typically, most people use a shotgun to try to hit closer targets, and you need to aim quickly to do this. A red dot sight is ideal for this and usually offers unlimited eye relief, which is a huge advantage.

A rifle scope usually has harsher eye relief, which slows down the aiming process. The last thing you want is to go skeet shooting with a rifle scope!

Speaking of eye relief, you’ll want a little more when you’re using a shotgun. That’s because most shotguns have more recoil than rifles, so if you don’t have enough eye relief, you’re going to end up smacking yourself in the face.

But if you’re using a lower-end rifle scope, the problems go beyond sharp eye relief. Most scopes can only hold zero when up to a specific amount of recoil.

So, if you have a lower-end rifle scope, it likely has a lower recoil threshold, and you might find your scope constantly coming out of zero if you mount it to a shotgun. 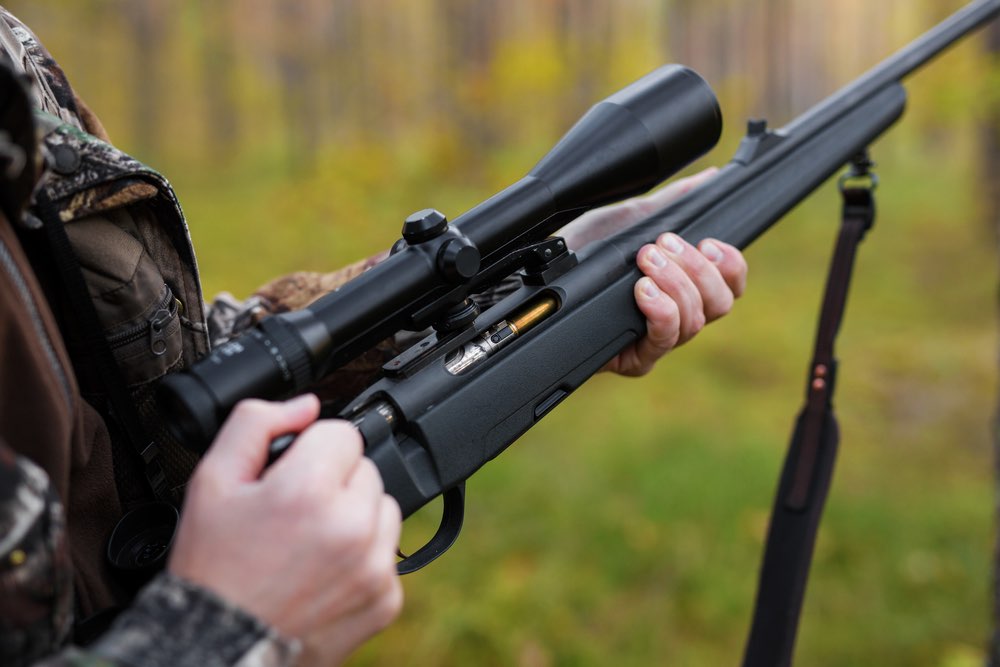 While you can put a rifle scope on your shotgun, there are limitations and it should seldom be your first choice. Instead, it’s best to spend the extra money to get the right scope the first time.  That said, if you’re in a pinch and you know what you’re doing, there’s no reason that you can’t throw a rifle scope on a shotgun and head out!

Check out some of our top trending posts: