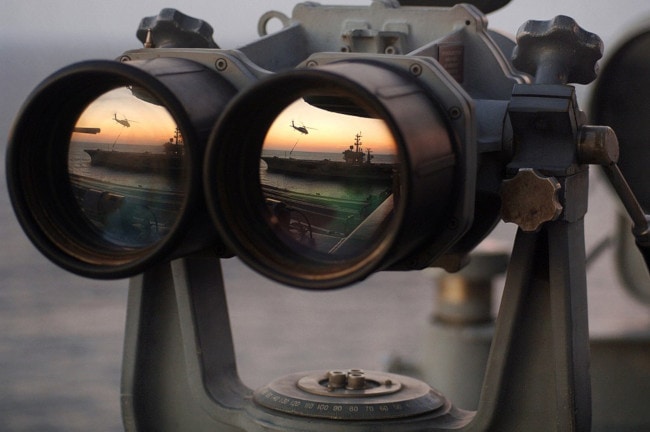 When shopping for a quality set of binoculars, you’re likely to notice that two sizes are commonly used: 8×42 and 10×42. Though they might seem closely related, the differences that set them apart might make one preferable to the other in certain situations.

So, which size should you be searching for? To help you decide, we’re going to discuss the differences between these two binoculars, breaking down the pros and cons of each. By the end of this article, you should know exactly which size will be the best fit for your purposes.

Before we start dissecting the differences between these two binocular sizes, it’s important that you understand the terminology used to describe them. As you can see, binocular sizes include two numbers. 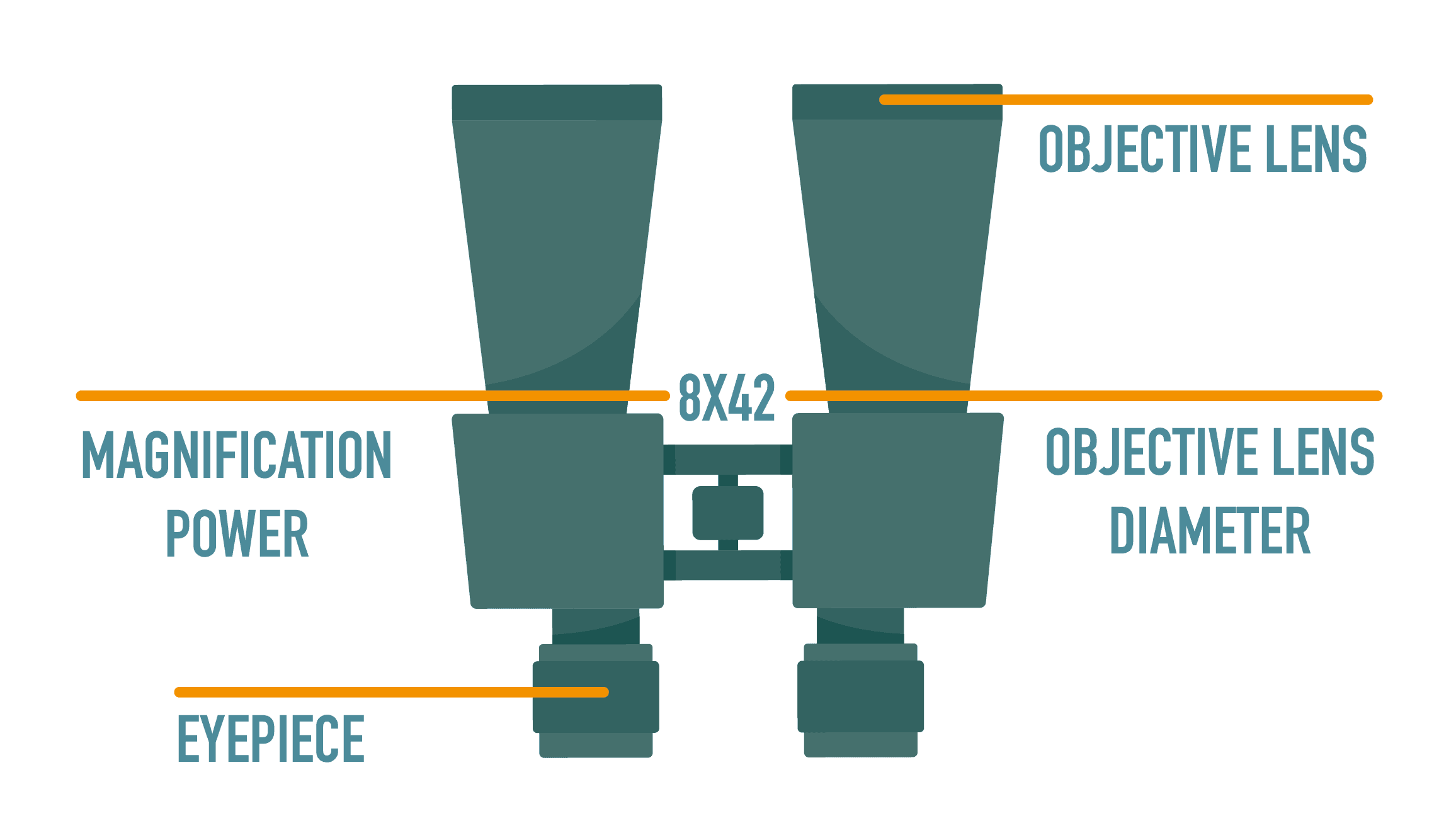 The first number, which is followed by an X, represents the magnification of the lens (e.g. 8X= 8 times magnification). The second number is the size of the objective lens in millimeters (8X42mm). Let’s take a closer look at each.

Magnification is a measure of how many times closer an object appears when viewed through a particular lens.

Naturally, a higher level of magnification makes it possible to see greater detail in distant objects.

The second set of numbers in binocular sizes is a measurement of the objective lens. In the case of 8X42 and 10X42 binoculars, both will have a lens that is 42mm in diameter. 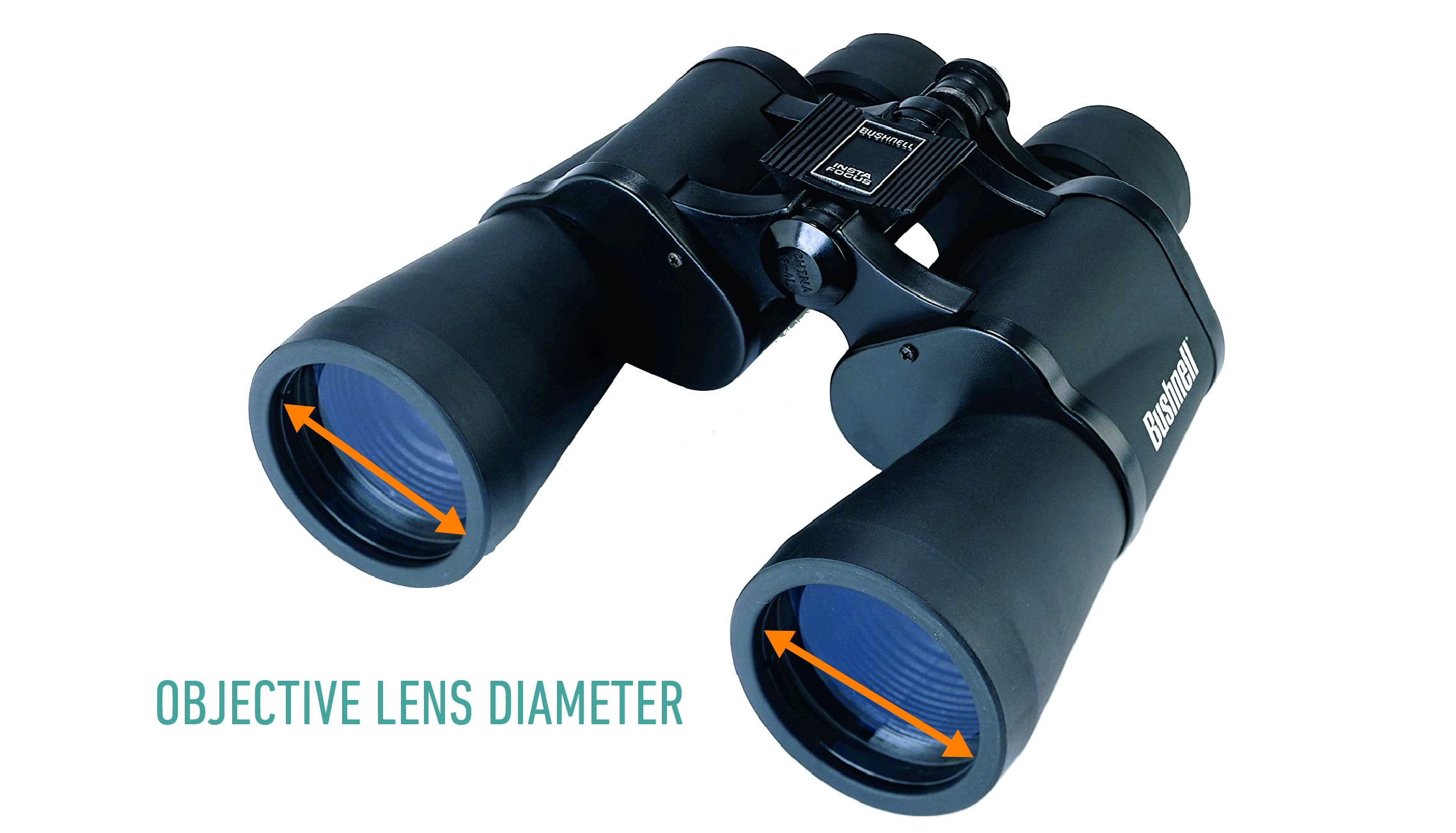 Larger lenses will let in more light, allowing for clearer viewing and a brighter image. However, they also make for larger binoculars that are bulkier and less compact. On the other hand, smaller lenses result in a lower-quality viewing experience, but they’re much easier to manage and transport.

Since 10X42 binoculars are more powerful, they’re always the better choice, right? Well, not so fast. As it turns out, 8X42 binoculars have quite a few positive traits to explore before we jump right into the “bigger is better” concept. Let’s take a look at the benefits and drawbacks that accompany 8X42 binoculars.

Obviously 8X magnification is less than 10X. This means that objects won’t appear quite as close to you with an 8X lens as they would through a 10X lens. When viewing very far off objects, the lower magnification might make it more difficult to see the detail in your subject.

On the other hand, when you’re very zoomed in, every tiny movement or shake of your hands will also be magnified. This can make it quite difficult to stay locked on a target to observe the finer level of detail that the extra magnification gets you.

RELATED READING: What is Image Shake? How to Hold Binoculars Steady: Tips & Tricks

Though you might see more close-up detail with stronger magnification, the flip-side is that you’ll get less of the big picture.

The field of view is how wide of an area you can see through the lens. Most of the time, lower magnification binoculars will have a larger field of view. This can make it much easier to actually find your target! 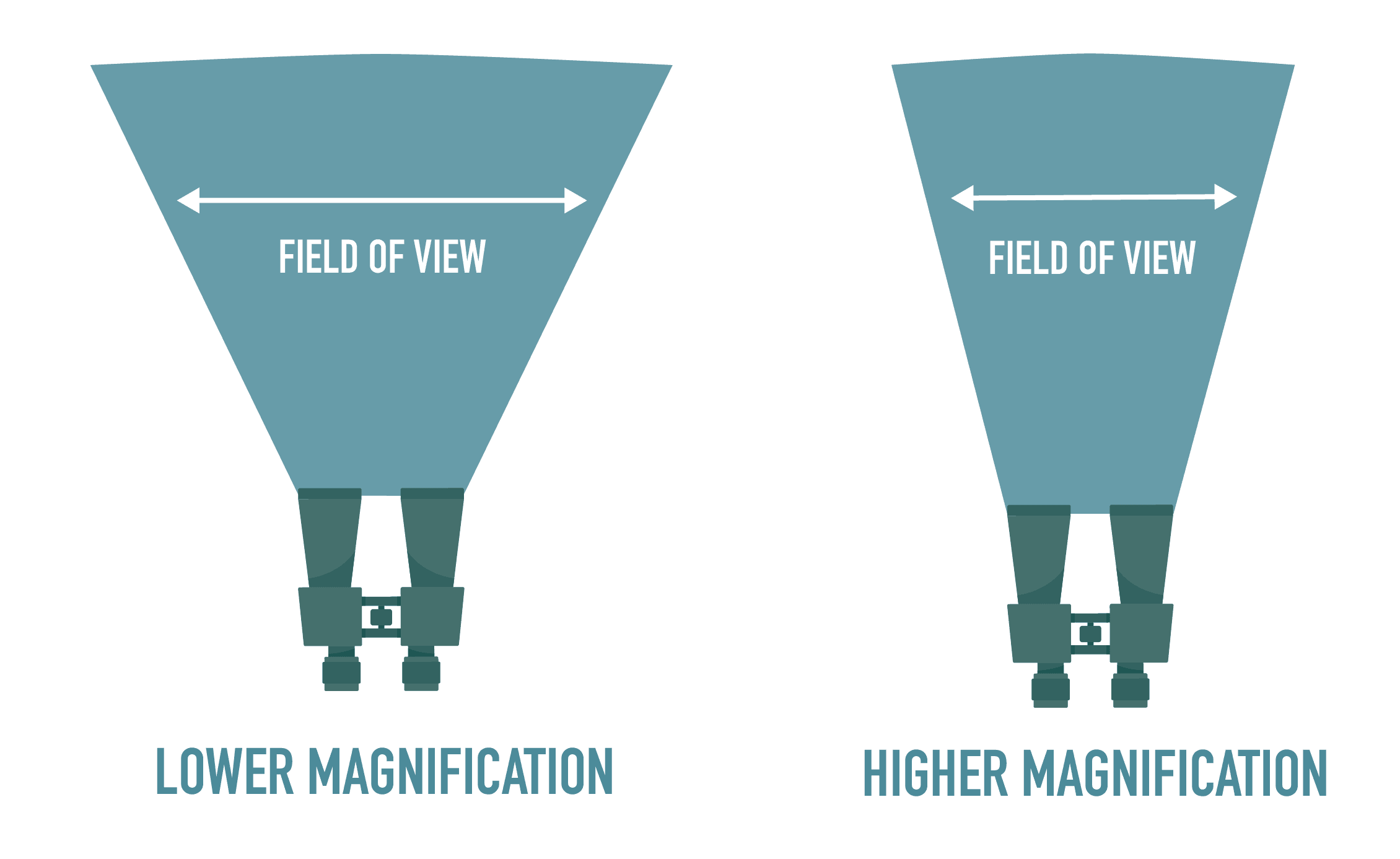 When you’re looking through a set of highly magnified binoculars, you’ll see less area in total, which can make it difficult to find a single bird among the trees or any other small target in a large area.

Do you wear glasses? Will you be wearing sunglasses out in the field? If either of these apply, you might prefer an 8X42 set of binoculars.

Eye relief is the distance from the eyepiece where your eye will achieve a full field of view and clear image. In general, 10X binoculars tend to have shorter eye relief than their 8X counterparts.

Eye relief isn’t going to be a major concern to anyone without glasses. But if you do wear glasses, you’ll want to pay special attention to this. For glasses, you’ll need at least 16mm of eye relief, though larger will be even better. 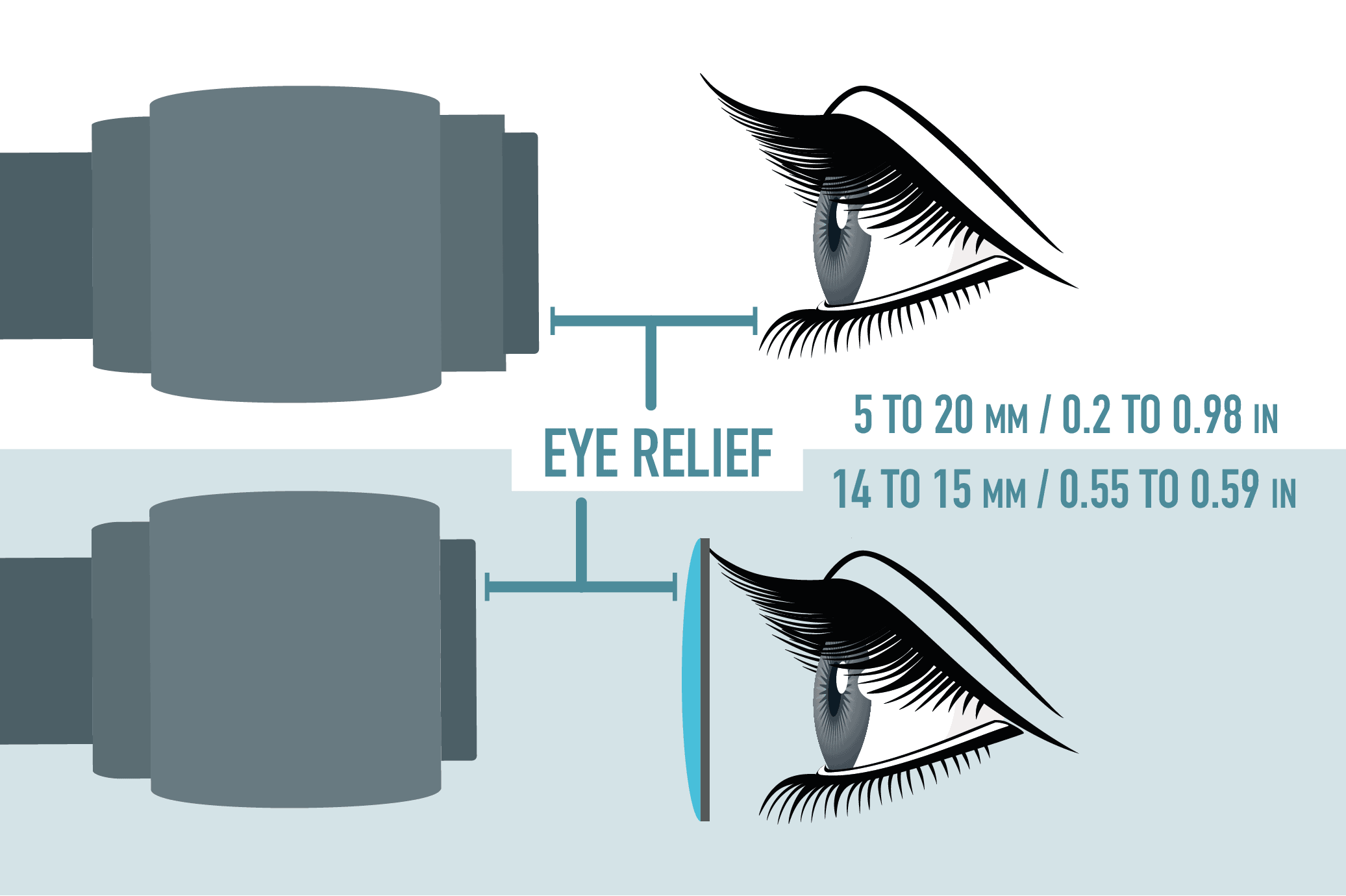 If you hold your binoculars about a foot in front of your face and look through the eyepieces, you’ll see a small bright circle in the center of each. This is called the exit pupil, and its size in relation to the size of your pupil can make a drastic difference in the brightness of the image you see.

This is particularly important around times of low light, such as twilight. During these low-light times, your pupils dilate to allow more of the now scarce light in. When this happens, if the exit pupil of your binoculars is smaller than the size of your dilated pupil, the image you see will appear to be dark.

How to Determine the Exit Pupil

If you divide the diameter of the objective lens by its magnification, you’ll get the exit pupil size. For 8X42 binoculars, this looks like:

One final factor to consider is the price. Commonly, you’ll find that higher magnification binoculars tend to be more expensive than their lower magnification brethren. This isn’t true 100% of the time, but it’s true enough of the time to take it as a general rule.

Now that we’ve discussed the 8X42 binoculars, it’s time to tackle the more magnified 10X42 binos. As we’ve seen, the 8X42 binoculars have some worthwhile features and even a few advantages, but that doesn’t mean we should write off the 10X42 binoculars. Let’s see what they can offer us in terms of performance and magnification. 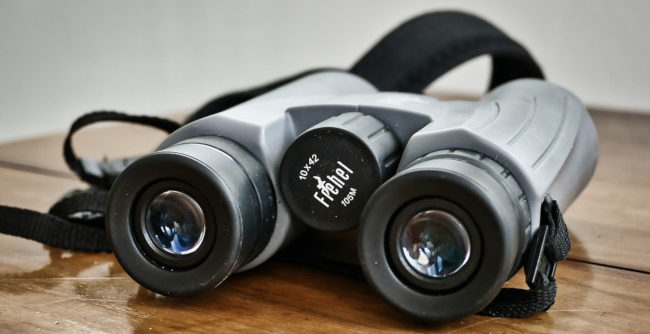 Most of us can probably deduce that 10X is more powerful than 8X when it comes to magnification. A 10X set of binoculars will let you see your subject as if it’s 10 times closer than it really is. This can be a major advantage when you’re viewing far off subjects or even closer subjects that are very small.

Want to see all the detail in a bird’s feathers? The higher-powered magnification of the 10X binoculars might be the way to go. But keep in mind, the closer viewing means that every movement of your hands will have more of an effect on the image, making it more difficult to keep steady for viewing.

The 10X42 binoculars usually have a smaller field of view. This means that when you look through them, you’re seeing less total area, though you’re seeing a more close-up and detailed shot of the area you’re looking at.

This can be great when you’re viewing only a single subject and don’t want to be distracted by everything else going on around your subject. However, it can also make it harder to find your subject in the first place since you are seeing less total area when viewing through the lens.

For most people, eye relief isn’t going to be an important factor to consider when deciding between binoculars. But for people who wear glasses, it’s a crucial factor.

If you’re wearing glasses, it’s usually a safer bet to choose 8X42 binoculars since they will normally have more room for eye relief. But if you pay attention, you can find 10X42 binoculars that will fit you as well.

If lighting is sufficient, this won’t make much difference since both of these are larger than the two or three millimeters of your non-dilated pupil. But when it starts to get darker, the larger exit pupil of the 8X42 binoculars will allow for clearer viewing with less light. 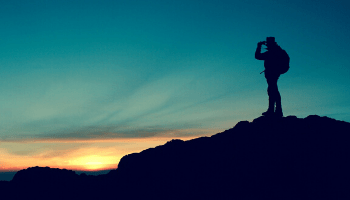 That doesn’t mean you can’t find a quality set of 10X42 binoculars at a reasonable price; you can. But compared to a similar set of 8X42 binoculars, you’re probably going to save some money going with the lower magnification.

When it comes down to it, there is no perfect set of binoculars. Each person will have their own preferences. Beyond that, certain traits can make a particular set of binoculars better-suited for a specific purpose.

8X42 binoculars tend to be easier to hold steady with better low-light performance. They also have a larger field of view, which makes it easier to locate your subject through the lens. Plus, you can usually find them for a better price than their higher-magnification siblings. If you need a good, general purpose pair of binoculars, then you can’t go wrong with an 8×42, which excels in most categories.

But 10X42 binoculars have their place as well. The higher magnification means you can see more detail in your subject and even view subjects that are farther away. This can be a major advantage for hunters, birders, and anyone else who needs the extra detail that higher magnification can provide.

Telescope vs Microscope: What’s the Difference?