What Constellation Is Spica In? The Interesting Answer! 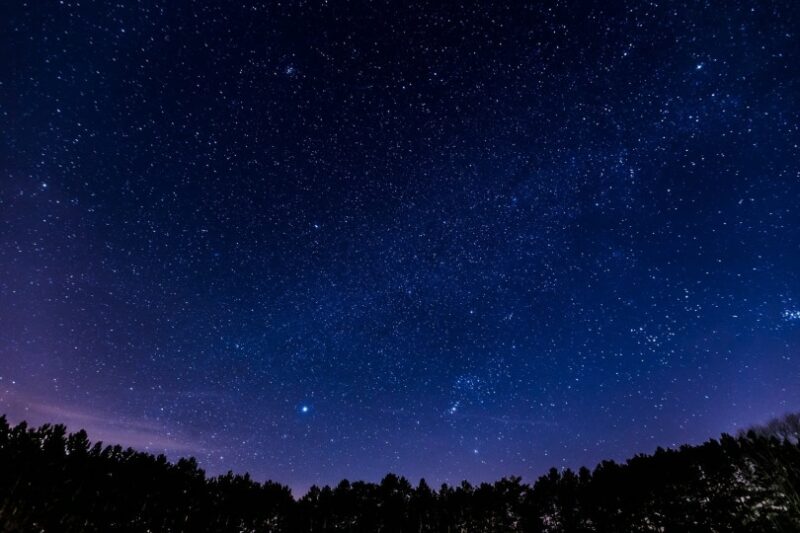 Spica is one of the brightest stars in the night sky. It’s easy to spot and has a blueish color, causing many people to wonder if it belongs to a constellation. It does, in fact, belong to the constellation Virgo. Keep reading as we uncover more interesting facts about this bright star and how to locate it in the night sky. We also discuss the Virgo constellation, what it looks like, and where you can find it.

Spica is the 16th brightest star in the night sky and sits about 250 light years away. It’s the closest binary star system, with two closely positioned stars. Its name gives away its location, as its full title, Spica Virginis, is Latin for “Virgos Ear of Grain.” It represents the ear of corn that the constellation Virgo holds in her right hand. In ancient times, Greek and Roman cultures associated this constellation with the goddess Demeter, who looked over the harvest of grain.

Why Is Spica So Bright?

Spica is bright due to its proximity to the Earth at a distance of only 250 light years. Many other stars are thousands of light years away. Another reason that it is so brilliant is that it is quite large. Also, there are two stars in the system, Spica 1 and Spica 2. Both are significantly larger than our sun and many times as bright. They are also part of spectral class B, giving Spica its blue color. Since the stars are so close, gravity pulls them toward each other, causing them to take on an egg shape. However, we are unable to see the egg shape from Earth.

What Is the Virgo Constellation?

Virgo is the second largest constellation in the night sky, and you can see it in both the northern and southern hemispheres. If you live in the north, you will want to look for it from March to July, while people in the southern hemisphere can see it during the fall and winter months. The story behind the constellation is complex, with many variations, and no one is sure exactly who Virgo represents. One story tells of Dionysus offering wine to Icarius, a winemaker, and local shepherds out of friendship. However, the drunken shepherds thought that they were poisoned and killed Icarius for revenge. Later, his daughter, Erigone, found his body and buried him before hanging herself out of grief. When Dionysus learned what had happened, he was angry and caused a plague to overtake the city of Athens before placing Erigone among the stars as Virgo. He placed Icarius next to her in the sky as the constellation Boötes.

Finding Virgo in the Night Sky

Other Interesting Facts About Spica and the Virgo Constellation

Spica is a binary star that you can find in the Virgo constellation. The constellation is one of the largest in the night sky, and you can see it from the northern and southern hemispheres. It also includes many cluster galaxies and the bright, easy-to-spot Sombrero galaxy, making it a great choice for beginner astronomers. In the northern hemisphere, look for Virgo in the early spring, and people in the southern hemisphere should look for it in early autumn. It’s easy to spot because Spica is one of the brightest stars in the sky.

About the Author Ed Malaker

Ed Malaker is a veteran writer who contributes to a wide range of blogs covering information on computer programming, pets, birding, tools, fitness, guitars, and optics. Outside of writing, Ed is often found working in the garden or performing DIY projects in the house. Ed is also a musician, spending his time composing music for independent films or helping people repair their guitars.

What Is Infrared Light? How Is It Used?

What Are Constellations? Where Did They Come From?

What Is Infrared Radiation? How Does It Work?

Is the Big Dipper a Constellation? The Interesting Answer!