What Are Stars Made Of? The Interesting Answer! 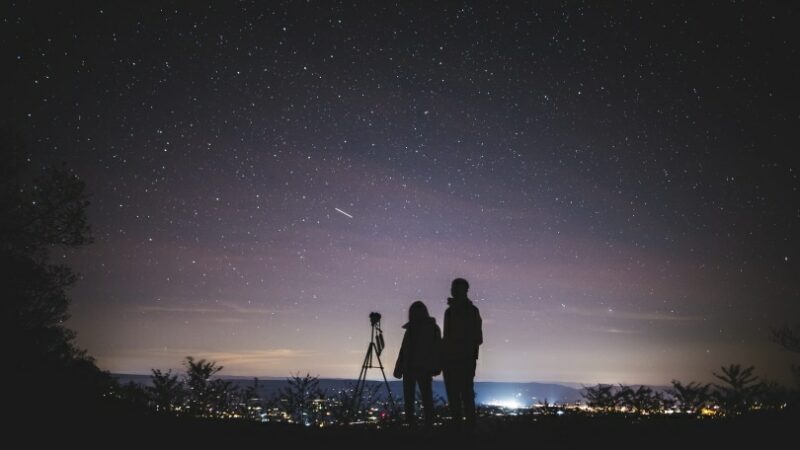 Stars are made of hot hydrogen and helium, but they also include carbon, iron, nitrogen, and oxygen. Most of the materials used in a star were used by past stars and recycled for the new star. In the future, the star will run out of fuel and eject its materials so it can be reused for another star.

There is a lot more to know about what stars are made of, though. Read on for a complete look at the composition of a star.

The Composition of a Star

It’s best to think of a star as an exploding ball of gas. The main components within the star are hydrogen and helium. The hydrogen and helium act as the star’s fuel. For most stars, about 90% of the fuel is hydrogen and 10% is helium. Whenever a star burns, it uses up this fuel and undergoes a constant nuclear reaction.

It might be helpful to think of the sun in this case. The sun contains a high amount of hydrogen. This hydrogen is constantly having a nuclear reaction, similar to the hydrogen bomb. Because of how much hydrogen is in the sun, it will take billions of years for all the fuel to be used up.

Although hydrogen and helium are the most common substances within stars, there are other elements as well. Stars normally contain small amounts of heavy elements, including carbon, iron, nitrogen, and oxygen. These elements are typically found in small quantities and represent just 0.1% of the star’s composition.

How Do We Know What Stars Are Made Of?

Scientists have not been able to visit a star or a sun directly. Because constant nuclear reactions are occurring in the star, these objects are incredibly hot. The sun’s surface, for example, is 10,000 Fahrenheit degrees, and that temperature increases the further into the sun you go. Needless to say, it’s dangerous and impossible to actually test a star or sun directly.

Given that fact, how do scientists know what stars are made of? Scientists typically predict the composition of stars and planets using something called spectroscopy. Spectroscopy essentially looks at the spectrum light spread to determine composition.

All elements have a unique light spectrum, almost like a fingerprint. Using special instruments, scientists can look at the wavelengths of stars and predict what elements are within them. Given that stars are nearly 100% helium and hydrogen, it’s easy for scientists to see these two elements in the stars.

Looking for the other trace elements is a little bit difficult. The more elements that are present, the more difficult the job becomes because the appearance is altered. Even so, scientists can use spectroscopy to predict what substances are found within stars.

Next time you look at the night sky, you know you’re looking at exploding balls of fury. Stars are mainly made up of helium and hydrogen sources, but there are other heavy elements that have been recycled from star to star. Even the sun is made-up of these materials.

How Many Moons Does Saturn Have? The Interesting Answer!

Can You See Starlink Satellites? The Interesting Answer!

Why Is Venus So Bright? The Interesting Answer!

Can a Laser Pointer Reach the Moon? The Surprising Answer!

What Is Satellite Imaging? How Does It Work?

How Do CO2 Lasers Work? What to Know!

How to Photograph Real Estate: 6 Tips and Tricks