How Does A Red Dot Sight Work? 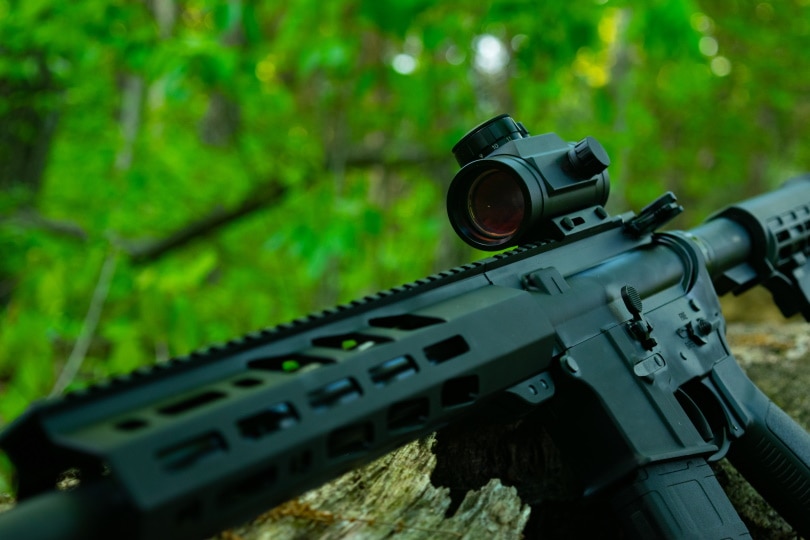 Do you know what often springs to mind whenever we come across these devices? We usually think about tactical situations. And do you know why that is? It’s because growing up we only saw red dots being used by assassins or law enforcement, in films and video games. Back then, this little piece of hardware didn’t seem all that important, but now it actually is.

It’s now important because we’ve all realized it’s the one thing that can help us improve our marksmanship. So, before we go get one, let’s just learn a thing or two about its origin, and the physics behind it.

Also known as a reflector sight, it’s an optic designed to project target images in the sight picture. And in doing so—depending on the needs of the user—it serves as either an aiming point or reticle.

The open circuitry of these devices is basically made up of different optical systems and a single light source. We’ll delve deeper into all that in a different section, but at the moment it’s important to understand that those systems are responsible for directing light source radiation towards the optic’s exit pupil. Also, the way they’ve been designed makes it possible to convert that light source radiation into a small light spot (red sighting mark), and detailed target images.

Who Invented the Red Dot Optic? 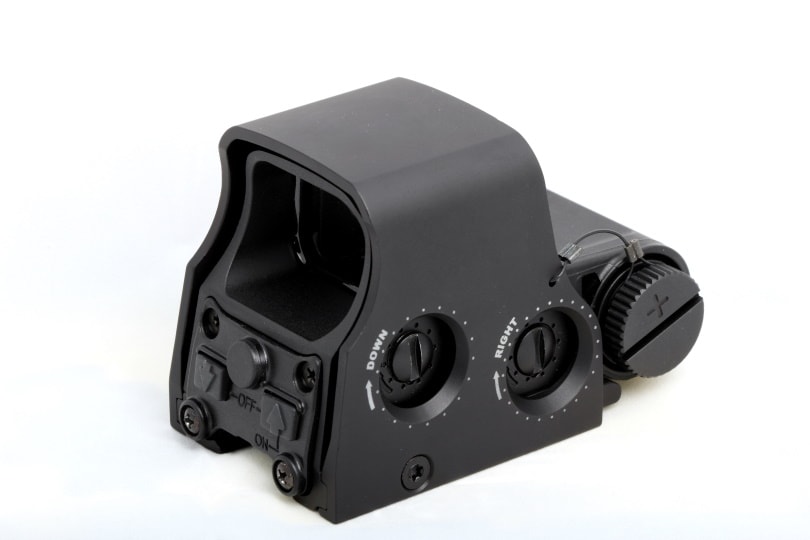 Howard Grubb was the maker and inventor of this beautiful device. And if at all you’re wondering why that name sounds familiar, it’s because he’s the same guy who invented the telescope, and significantly contributed to the invention of the periscope.

The original invention was, for lack of a better word, too basic. It only had a reflective material, a reflective glass, a simple lens, and a tiny window featured at the very top of the sight’s housing. The glass was always at an angle, and its only function was to project the reflective material’s image to the lens. So anytime you’d look through it, you’d always see an image projected out to infinity.

Grubb assumed that such an optic would be more effective and efficient when it came to shooting, and he was right. Gun nuts across the country quickly fell in love with the red dot sight, as it made shooting a lot easier and more accurate compared to handgun sights.

“But How Exactly Does It Work?”

Understanding the inner workings of the 21st century red dot sight will be easy, if you’re familiar with the Grubb’s reflector. The only difference between these two is the modern tech incorporated into the former, so as to enhance its performance.

All red dot sights are designed with two curved lenses. One will be located at the front, while the other one will be attached at the rear end. Assuming you’re working with a classic rifle scope, they’ll be at the very end of the tube, on both sides. But if it’s the latest model of the red dot pistol optic, they’ll be next to each other. Think of a double-pane window, and you’ll get the exact picture of the image that we’re trying to paint.

How a red dot sight works will depend on the system it was designed with. News Flash: There are two types of optical systems here. We have the active, and the passive system.

So, what we’re basically saying is, a battery-operated optic is an active system. This information is important, especially to the prospective buyers out there who’ve never had the pleasure of using such a device before.

Every passive system comes with an image etched into the glass. And for obvious reasons, the said image is often made of a reflective material like copper, for example. You’ll also notice it’s sometimes positioned at an angle, or at the front lens’ focal point.

The image that you get to see on the focal plane is usually projected and magnified by the instrument’s angled lens. You’ll also be able to see that same image on or around the focal spot, which is essentially the optic center.

The light that enters the sight is what’s responsible for the illumination of the images. And because all the lenses in the system are somewhat curved, your focal object will somehow appear illuminated and magnified.

This is an explanation of how a red dot sight works, if it’s a passive system. The most important thing to remember is that light is like a basic need in this type of system. Without it, the image won’t be illuminated.

On the other side, you’ll find the active system. And things are way simpler compared to this side. All you have to do is activate the power source, and the focal object will right away be projected into the focal point.

Why Use a Red Dot Sight?

We’ve been around the block long enough to know these sighting devices are very user-friendly. It doesn’t matter if you’re suffering from a low vision or if your level of technical expertise is way below average. The minute you mount it onto your rifle or pistol, your odds of success will tremendously increase. 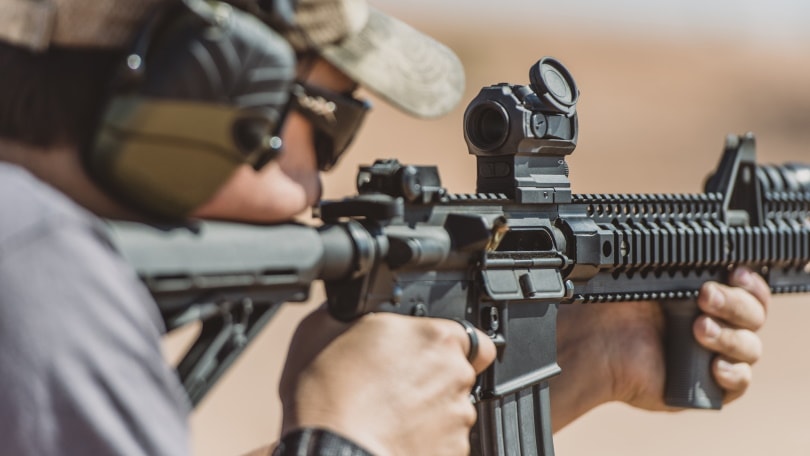 Faster target acquisition is the other reason why the red dot sight is often being held with such high regard. For the record, we’re not saying that a rookie will be able to shoot more accurately or even quicker than an experienced marksman who’s working with an iron sight. That’s obviously a stretch. All we’re saying is, even though both these optical devices are designed to offer sight picture and sight alignment, in the right hands, the red dot sight provides an extra edge.

No Need to Close an Eye

Let’s go back to the iron sight, if you don’t mind. It’s difficult to aim using this optic, if both eyes are open. And that’s why users are initially trained to always keep one eye closed. The non-dominant closed eye cuts off distractions and the flow of information into the brain, while the dominant side interprets visual data.

At face value, you’ll see nothing wrong with everything that we just said. But if you dig deeper and learn everything there is to learn about human psychophysiology, you’ll realize it’s wrong on so many levels.

The thing is, in any tactical situation, chances of your adrenaline kicking up are very high. And when that happens, you’ll experience something that psychologists usually refer to as the ‘fight or flight’ response. Your heart rate will increase and your eyes will be dilated.

All these are signs that your brain is trying to collect more information, before deciding how best to handle the situation at hand. Closing the non-dominant eye at that point will automatically become an impediment. You might miss out on important information, and in the process, endanger your life.

That’s why you need a red dot sight.

Ask yourself this, “Will the alternative be useful on a different weapon?” Because the red dot sight can be used with a shotgun or an AR. And this is another factor worth taking into consideration when shopping for an optical device. You don’t want to invest all of your well-earned money on something that’s not versatile.

If you still love shooting, but your eyesight has deteriorated over the years, this is the perfect partner. The red dot sight has been known to help mitigate vision issues that could negatively impact the general performance of an individual on the field.

And we that, we come to the end of today’s discussion. Does anybody have any questions? Well, now that you know how the red dot sight works, and some of its benefits, it’s time to show your peers what a true marksman looks like.